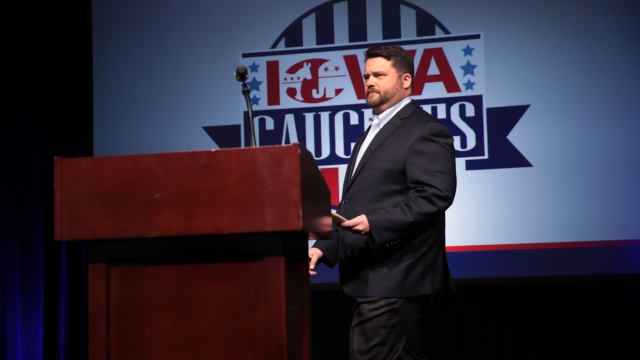 The chairman of the Iowa Democratic Party has resigned. His decision comes just over a week after the Iowa caucuses fell into disarray.

In his resignation letter submitted Wednesday, Troy Price said, "While it is my desire to stay in this role and see this process through to completion, I do believe it is time for the Iowa Democratic Party to begin looking forward, and my presence in my current role makes that more difficult."

It took Iowa Democrats days to release what it called the final results of the Feb. 3 caucuses. But multiple outlets — including The New York Times and NBC News – believe those results may be inaccurate.

The Iowa Democratic Party blamed the delayed results on a coding error in a mobile app used to report the vote tallies. The party has since agreed to conduct a partial recanvass of the results.

Price was first elected chairman of the state party in July 2017. Before that, he'd worked on Barack Obama's and Hillary Clinton's presidential campaigns in Iowa.

Price said he'll call an emergency meeting on Saturday so state party leaders can select his replacement. That interim chair will oversee the partial recanvass, which is set to begin Sunday.