Investigators: Attacker 'Did Not Know Who' Zeldin Was 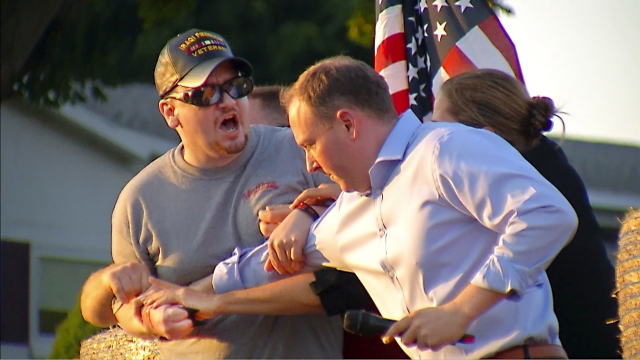 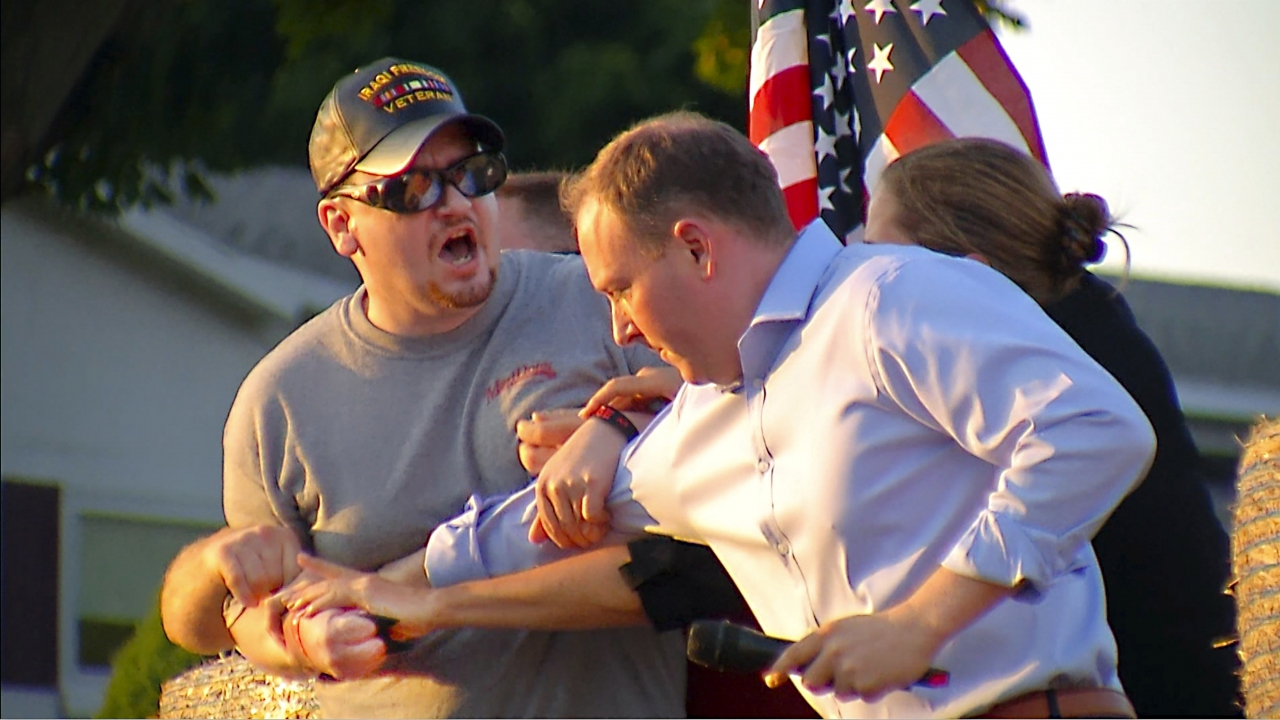 A man accused of attacking New York GOP gubernatorial candidate Lee Zeldin during a recent campaign rally told investigators he'd been drinking that day and didn't know who the congressman was, authorities said as the man was arrested on a federal assault charge Saturday.

David Jakubonis, 43, made an initial court appearance Saturday before a federal magistrate judge in Rochester, New York, on a single count of assaulting a member of Congress with a dangerous weapon. The charge carries a potential maximum penalty of 10 years in prison.

He was ordered held until a bail hearing in federal court Wednesday. Prosecutors said he should remain detained as a flight risk and is dangerous, according to a court filing. Assistant federal public defender Steven Slawinski, representing Jakubonis, said in an email to The Associated Press that he planned to ask the judge to release Jakubonis from custody.

Jakubonis was arraigned Friday on a separate state charge of attempted assault in the second degree and was released by a local judge. That prompted criticism from Zeldin and other Republicans who held it up as an example of the need to reform New York's bail laws, something Zeldin has called on Democratic Gov. Kathy Hochul to toughen.

A 2019 bail reform law in New York eliminated pretrial incarceration for people accused of most nonviolent offenses. The law gives judges the option to set bail in nearly all cases involving violent felonies, but it has exceptions for certain attempted felonies like attempted assault.

The federal criminal complaint filed Saturday alleged Jakubonis, an Iraq War veteran, told investigators he was drinking whiskey on Thursday before he went onstage as Zeldin addressed a Veterans of Foreign Wars post in the town of Perinton to ask the speaker if he was disrespecting veterans.

Jakubonis "did not know who the speaker was or that the speaker was a political person," according to the complaint. The complaint added that when Jakubonis watched video of Thursday evening's incident he told investigators he "must have checked out" and that what was depicted in the video was disgusting.

According to video of the attack, Jakubonis raised his arm toward Zeldin as he held a keychain with two sharp points. The congressman from Long Island then grabbed Jakubonis' wrist and the two tussled to the ground as others jumped in to help. Zeldin, who also served in the military, suffered a minor scrape.