"Spider-Man: Into The Spider-Verse" Takes Over The Holiday Box Office 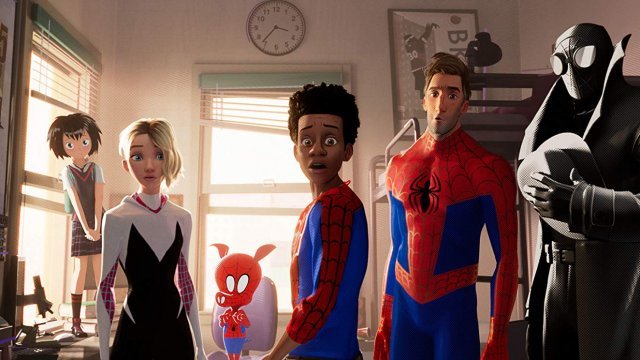 SMS
"Spider-Man: Into The Spider-Verse" Takes Over The Holiday Box Office

By Jamal Andress
December 16, 2018
On the long list of Spider-Man movies this is the worst debut of the group but that comparison isn't really fair.
SHOW TRANSCRIPT

Taking the No. 1 spot this week by a mile is "Spider-Man: Into the Spider-Verse" bringing in an estimated $35 million in its first week out. In comparison to other live-action Spidey films this one is a bit of a box office dud.

The most recent Spider-Man feature film, "Spider-Man: Homecoming" debuted with a whopping $117 million and went on to gross $880 million worldwide. On the long list of Spider-Man movies this is the worst debut of the group.

But that comparison isn't really fair. While this didn't perform as well as the typical superhero flick this was a great debut for an animated Christmas time release.

Not to mention, the reviews for Miles Morales are far better than anything Peter Parker 2.0 was able to muster up.

"Spider-Man: Into the Spiderverse" has a remarkable 97% on the tomatometer with more than 240 reviews counted.

That's even better than Tobey Maguire's original "Spider-Man" film from 2002 which was one of the few critically acclaimed superhero flicks at the time.

It's like my momma always said, if you get John Mulaney to play a Spider-Pig in your film, it has to do well.

Taking the No. 2 spot is Clint Eastwood's "The Mule" bringing a better than expected $17 million in its first week out. With a $50 million budget this adult drama has some ground to make up if it wants to make all its money back.

But Warner Bros. is betting there are plenty of moviegoing adults who don't want to see another Transformers movie Christmas weekend and may opt for the elderly drug dealer instead.

Falling to No. 3 this week is "The Grinch" bringing in an estimated $11.5 million. "The Grinch" has managed to stay in the top 3 for six straight weeks showing incredible legs for an animated holiday film.

It also managed to beat out the last new release this weekend "Mortal Engines" which flopped spectacularly and couldn't find a place in the top three.

As for next week, you've seen a lot of CGI, but you've never seen this much CGI … underwater.