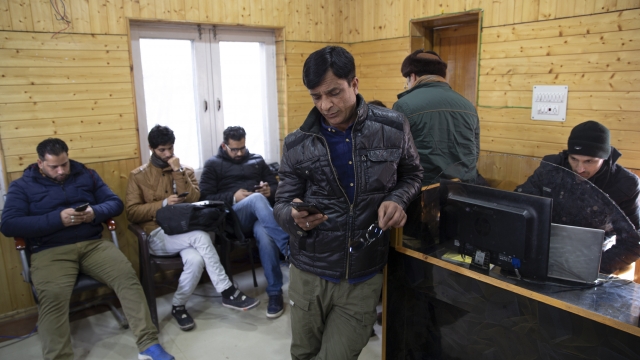 India said it will temporarily restore internet access in Kashmir — seven months after the government imposed a blackout in the region.

On Wednesday, Indian authorities temporarily restored full internet access in the disputed region of Kashmir. The move comes seven months after India revoked Kashmir's status as a semiautonomous state and locked down the region.

Internet services, including social media sites, will be accessible until March 17. Mobile internet speeds, though, will remain throttled. Indian authorities reportedly gave no explanation for the time limit, but described the order as a "step towards bringing normalcy in the Kashmir Valley."

Jammu and Kashmir was once India's only Muslim-majority state. But India's Hindu nationalist government withdrew the region's special rights in August, splitting it into two federally administered territories.

Since then, India has heavily restricted the movement of Kashmir's 7 million residents. Some of them have used virtual private networks, or VPNs, to bypass the internet blackout. Government officials said the restrictions were meant to quell anti-India protests in Kashmir, but critics note that internet shutdowns are a favored tactic of Indian Prime Minister Narendra Modi.

India said its annexation of Kashmir was designed to spur development in the region, which is also claimed by Pakistan. However, Kashmir's Chamber of Commerce and Industry reported in December that the lockdown had already cost the local economy more than $2.4 billion.