International Criminal Court Says It Can Rule On Rohingya Deportations 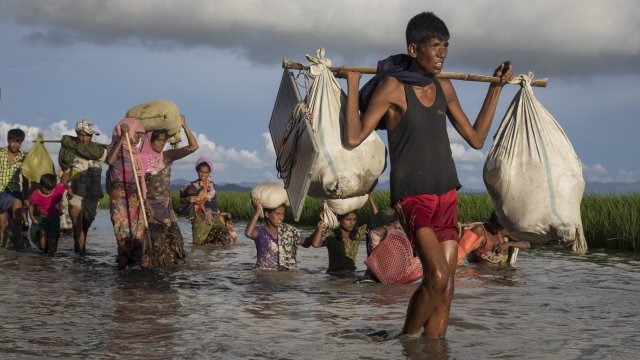 The International Criminal Court ruled Thursday it has jurisdiction over Myanmar's alleged deportations of Rohingya Muslims to Bangladesh.

According to a press release, the ICC's pretrial judges "decided by majority" that the court does have authority in the Myanmar ordeal. The case was brought up by the court's chief prosecutor, who argued that although Myanmar isn't a part of the court's jurisdiction, it can exercise its jurisdiction because "an element of this crime (the crossing of a border)" happened in Bangladesh, which is within the ICC's jurisdiction.

ICC's decision allows its chief prosecutor to further investigate the alleged forced deportations of the Rohingya people, along with any other "crimes against humanity of persecution and/or other inhumane acts."

Over 725,000 Rohingya people were deported to Bangladesh after a military crackdown in August 2017, according to the U.N. Myanmar has yet to comment on the court's recent ruling, but the country did deny a previous jurisdiction request last month, saying it was "meritless and should be dismissed."