International Adoptions From Ukraine Put On Hold As War Rages 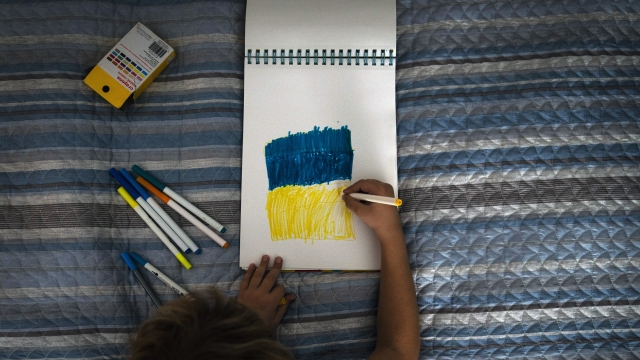 SMS
International Adoptions From Ukraine Put On Hold As War Rages
By Maura Sirianni
By Maura Sirianni
March 4, 2022
The CCAI director says if children leave Ukraine for safety reasons, it could increase the timeline of reuniting them with families.

For the past week, Sasha Spektor and his partner Irma Nuñez have been desperately trying to get their infant sons out of a warzone.

The couple says a surrogate gave birth to twins, Lenny and Moishe, on February 25th in Kyiv — just one day after Russia launched a full-scale assault on Ukraine.

In a Facebook group called "Lenny and Moishe, Come Home," the couple said: "We are spending the bulk of our time and energy using your intelligence and resources to make sure Lenny, Moishe and their caregivers have what they need in Kyiv as the fighting continues."

In Kansas, Matt and Jessica Pflumm are in the process of adopting a teen in Ukraine. They were supposed to travel there in June for the first of three visits. Now, they have no idea what the future holds.

"Me, like probably tons of other men, that would just love to be able to go over there and rush in and save them, that's just not an option," Pflumm said.

Colorado-based Chinese Children Adoption International, or CCAI, is the leading international adoption agency in the world. Director Judy Winger says unfortunately, for now, there isn't much families can do.

"The safety of all the children right now is kind of everyone's focus," Winger said. "We're all going to need to just kind of wait and see where there's avenues where we can fundraise and help get services maybe to even get buses or, you know, transportation to those orphanages."

Winger said some orphanages are being moved out of Ukraine and into neighboring countries. Orphanages in conflict zones with active bombing are sheltering in place like the facility on the Russia-Ukraine border, where 11-year-old Olesksii was living.

The Nowicki family of western New York is in the process of adopting Olesksii, who has since been moved to a different region.

"He was brought down to a bomb shelter. He said that he heard four different explosions while they were down there," Melissa Nowicki said. "He said that he now feels like he is safe where he is for the time being, which was really comforting for us to hear."

In an online update, Sasha and Irma say they will soon head to Warsaw, where they will work to coordinate medical transport for Lenny and Moishe.

Winger says if children leave Ukraine for safety reasons, it could increase the timeline of reuniting them with families.

"Are these children eligible to be coming across? Are they children that really need to be kept where they are? Are they able to return to Ukraine or not? I mean, there's just going to be so many unknown questions," she said.