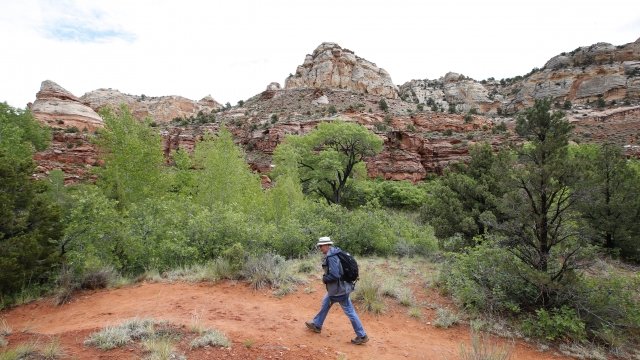 The Interior Department might not be raising national park entrance fees as dramatically as it originally said it would.

An unnamed Interior official told The Washington Post the department is backing away from the proposal after so many people wrote in to complain.

The National Park Service announced in 2017 it was considering increasing vehicle entrance fees to 17 national parks by as much as 180 percent.

For example, a seven-day pass at the Grand Canyon currently costs $30 per car. Under the proposed fee increase, visitors would pay $70 per private, noncommercial vehicle during the busiest months of the year.

Interior Secretary Ryan Zinke previously told lawmakers the plan to raise entrance prices was one of "many options" the department was considering to help address the almost $12 billion in backlog maintenance needed at national parks.

Costs to visit some national parks will probably still go up — just not quite as much.

The Post reported multiple options are on the table, including a much more modest 10 percent entrance fee bump and raising the price of the annual and senior lifetime passes.