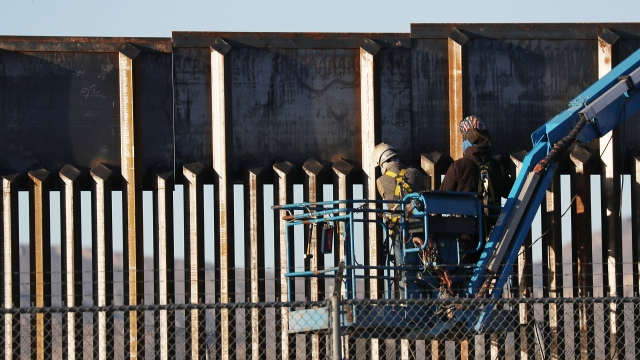 The 560 acres being transferred to the U.S. Army include parts of New Mexico, California and Arizona.

The Interior Department is transferring more than 500 acres of public land to the U.S. Army so it can build more barriers along the U.S.-Mexico border.

In a statement, Interior Secretary David Bernhardt said: "There is no question that we have a crisis at our southern border. ... The impacts of this crisis are vast and must be aggressively addressed with extraordinary measures."

The 560 acres being transferred include parts of New Mexico, California and Arizona. The lands, which were previously overseen by the Bureau of Land Management, do not include parts of any national park or Native American reservation.

The Army made its land transfer requests after President Trump declared a national emergency in February to build a border wall. In total, the military plans to build about 70 miles of wall to either expand or replace existing border barriers.

The Interior Department's previously transferred public lands to other federal agencies on an emergency basis under the 1976 Federal Land Policy and Management Act. But this is the first time it's made such a transfer specifically for a border-wall project.

The transfer will take effect once it's published in the Federal Register. That's supposed to happen by the end of September.