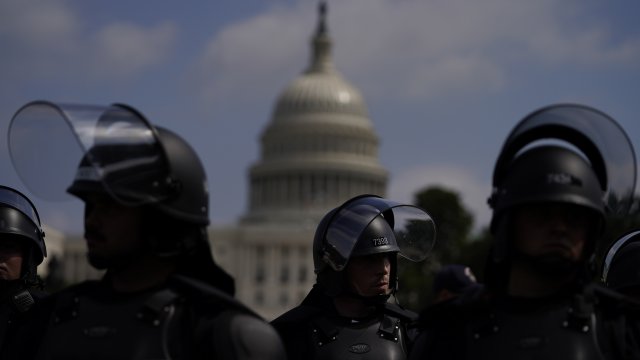 Capitol Police are more prepared today than they were on Jan. 6, but there's still a way to go.

That's according to Inspector General Michael Bolton, who testified before a Senate Committee Tuesday morning.

"Much work still needs to be addressed in relation to training, intelligence, cultural change and operational plan," Bolton said.

Bolton told senators the department did not have adequately detailed or up-to-date operating procedures in place. Sen. Amy Klobuchar says 75% of officers, or 900 of 1,200 on duty that day, defended the Capitol with nothing more than the uniforms on their back.

Bolton said the department used new funds to correct some of the wrongs.

"The department has purchased replacement equipment ... they have additional munitions now," Bolton said.

Morale among the officers was low post-insurrection, citing lack of training, criticism, and tens of thousands of hours of overtime. But Bolton says recruiting has been picking up, as has morale.

"They are starting to see improvement, but I think some of the officers are in that wait-and-see mode," Bolton said. "They want to see what else we're going to do. They recognize it takes time, but they are watching leadership and the community at large."

Bolton says he's planning a training services report for February but still could not definitively say who is in charge of Capitol safety. He is recommending all officers receive top secret or secret security clearances, which would force the department to reevaluate current officers AND its hiring practices.

All of this comes as the House Select Committee is facing some setbacks in its investigation of the insurrection.

Former President Trump's Chief of Staff Mark Meadows is reversing course, deciding not to cooperate with the Committee and saying the panel "has no intention of respecting boundaries."

The Committee had indicated it hoped the Bannon charges would serve as a deterrent to those choosing to avoid complying with the committee. The panel is planning public hearings for early 2022.