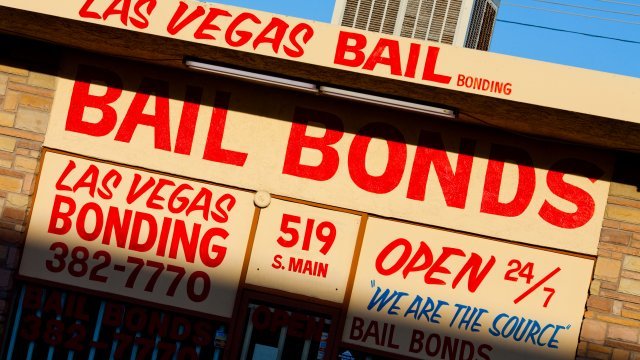 SMS
Inside America's Growing Push To End Cash Bail
By Jamal Andress
By Jamal Andress
August 22, 2018
More than 465,000 people being held in local jails haven't been convicted of a crime, and critics blame the cash bail system.
SHOW TRANSCRIPT

Most judges around the country still rely on what's called a "cash bail" system. Cash bail allows judges to set a bail price for defendants based on a set of factors. But if someone can't afford the bail, then they sit in jail while they await trial. This system has been in place for decades, and critics argue it has led to an excessive amount of people being held in local jails who haven't actually been convicted of a crime — as much as 75 percent of the jailed population in 2018. Cash bail has also helped create an extremely profitable bail bond industry that collects about $2 billion a year in profits, according to a report by the ACLU.

But this well-known, widespread practice has come under scrutiny as of late by politicians, activists and others who say it unfairly targets the poor.

In August, two federal judges ruled that New Orleans criminal courts would have to drastically change its bail-setting practices. This comes after two civil rights law groups filed suit claiming it was a conflict of interest for local judges to control the revenue the courts receive from bail bonds while also setting those bond amounts for defendants.

In California, Gov. Jerry Brown has spoken out against the practice, calling it "a tax on poor people". And the state legislature is set to vote on a bill this year that would outlaw cash bail statewide.

On a national front, Sen. Bernie Sanders proposed legislation in July to do away with the cash bail system across the country, while Sen. Kamala Harris has spoken out against cash bail and called for reform.

But this newfound push for bail reform has seen plenty of roadblocks — most notably from the bail bond industry, which stands to lose millions.

Many in the bail bond industry say these reforms could ultimately put them out of business and, more importantly, put the public's safety at risk.

New Jersey has issued bail reform across the entire state that "permits the use of cash bail as a last resort only." As one of the first statewide test cases for this sort of reform, there have been mixed results.

On the one hand, New Jersey's pretrial jail population dropped by 20 percent in just one year after bail reform took effect. But there are also horror stories that critics of the reform say are examples of how dangerous this new policy is.

Kareem Dawson was released from police custody twice instead of being held in pretrial detention. He ultimately shot and killed his ex-girlfriend before his trial date.

Along with New Jersey, New Mexico, Connecticut and Kentucky have all instituted some sort of statewide bail reform over the past year.