To Survive In A Warmer World, Insects Will Eat More Of Our Crops 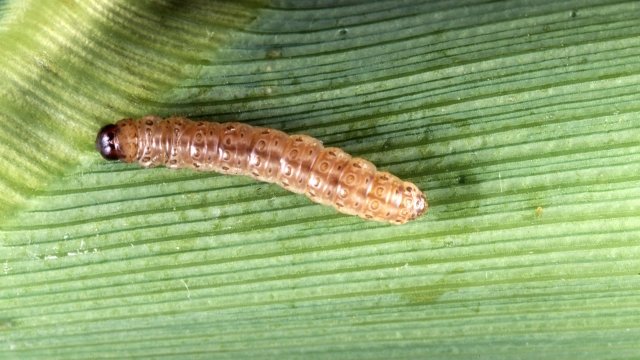 SMS
To Survive In A Warmer World, Insects Will Eat More Of Our Crops
By Evan Thomas
By Evan Thomas
August 30, 2018
As the planet warms up, larger swarms of hungrier insects could take a serious bite out of staple food crops.
SHOW TRANSCRIPT

Climate change is bad news for food security. Not only are rising global temps likely to lower crop yields, but new research shows those temperatures could make the insects that eat crops even more of a nuisance.

In a warmer climate, bugs tend to eat more to sustain their metabolisms. And in certain places, a warmer climate will support larger swarms. Temperate areas especially would get more attractive as they warm up.

This means some of the most productive agricultural regions today could get hit hardest by future swarms. A national team of researchers found that for every degree of surface warming, the world's corn, rice and wheat crops could lose as much as 25 percent of their yield to insect damage.

And scientists say there's an urgent need to learn more about how to address pests because we don't have many defenses right now. 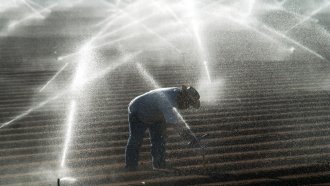 A G-20 Challenge: How Do We Get More Food From Less Water?

Natural predators like ladybugs might help protect some crops, since they eat aphids and other pests. Beyond that, farmers might have to start using more pesticides, which can cause their own health problems.

Still, every little bit could help. Staple crops are already stretched thin, even before insects take a bigger bite out of them. The U.N. says some 815 million people around the world don't get enough food.