'Whoop Whoop!' That's The Sound Of The Juggalo Protest 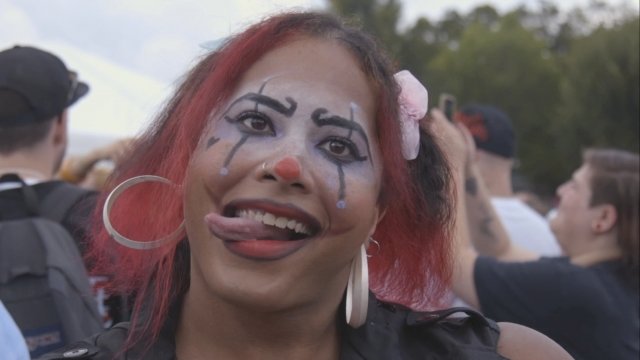 SMS
'Whoop Whoop!' That's The Sound Of The Juggalo Protest
By Eugene Daniels
By Eugene Daniels
September 18, 2017
"We all look the same when we put the clown paint on. It's a community," one protester said.
SHOW TRANSCRIPT

If you asked the FBI what a Juggalo is, it would say a "hybrid gang." The government gave the fans of Insane Clown Posse that label in 2011. And that's why hundreds of clowns were just feet from the Lincoln Memorial: to protest that label.

Newsy was there as Juggalos took to the streets and took over the National Mall.