Infrastructure Hasn't Been A Place For Bipartisanship — Yet 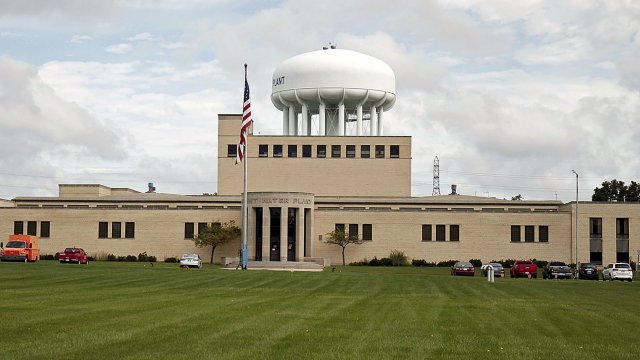 Infrastructure may be the glimmer of hope for some bipartisanship this year in an increasingly divided Congress.

The president told the American people, "I know that Congress is eager to pass an infrastructure bill, and I am eager to work with you on legislation to deliver new and important infrastructure investment."

"He did this once before where he went to the State of the Union, he said he was going to have a $1 trillion infrastructure plan. He did nothing to try to move it through to completion," Kildee said.

President Trump notably left out details of what he wants to fix and how much he's willing to spend. Rep. Sean Duffy says those specifics are what could ultimately make or break any bipartisan efforts.

"I think you'll find a lot of bipartisanship on that issue. The question becomes: How do you pay for it? There will be tension on how we do that," he said.

But the lack of specifics may have an upside as well; the negotiating table looks wide open.

Kildee represents Flint, Michigan, and has been at the forefront of water issues for the last few years. He's seen a crisis in not one but two of the communities he represents, first with lead, now with PFAS, a manmade chemical used in things like cookware and stain repellents. His guest attending the speech was Cathy Wusterbarth, who's fighting for change in her community where this chemical was found in the water.

Major infrastructure bills are expensive, which might explain why the Republican-led House didn't move anything last year. Members of the GOP haven't been keen on the price tag for big changes.  So in all reality, a Democratic-led House might be the best way for the president to get legislation moving. The president just may have to break with his party on this one.