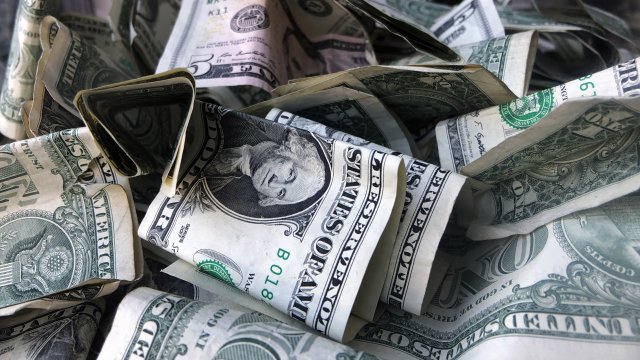 Inflation hits everyone. But the numbers you see reported, like the 6.4 percent recently announced, sting more for some than others.

It’s called inflation inequality. High prices may cause some to pull back on purchases, but for others it can mean catastrophe.

"Food is a biggie," says Georgetown, Kentucky grandmother Kimberly Burnette, who lives on a fixed income. "I mean I know its just me but when the family comes over, there's 14 of us here. There's gonna be more. And I mean I'm just trying to think right now what we're gonna do for Easter."

It’s not just food. Burnette pays $900 for a propane refill, and more than $200 for electricity. But as prices rise, the fixed income she lives on remains the same. Though Burnette lives alone now, she says one of her daughters and her family will move in soon because of rising costs.

To make ends meet, Burnette is going to the AMEN House — a local pantry that says it’s serving around 600 families a month.

"There are bumps in the road where we have so many families that are working so hard to hold it altogether, but something like a flat tire can throw those things off," says Michele Carlisle, executive director of AMEN House.

How money is spent differs across income levels. Low-income families typically spend around 15 percent of their budget on groceries — almost two thirds more than the wealthiest households.

“It particularly affects the most vulnerable in society," says Mel Casey, senior portfolio manager at FBB Capital Partners. "It's almost like a very punitive tax on their purchasing power.”

A Gallup poll found 71 percent of those living in households making less than $40,000 a year say price hikes have caused financial hardship.

Compare that to 47 percent of those in middle-income homes, and 29 percent in upper-income homes.

The Minneapolis Fed calls inflation “the most regressive tax," and points out how income inequality over the past several decades have made it even worse. Bank of America researchers say those without a college education, people of color, and those living in rural areas are being hit the hardest.

And it affects more than just the wallet. It also takes a mental toll.

"It's killing their souls and their hope and their drive," says Burnette. "Because when you don't have things that you need, you feel failed. And who wants to feel failed?"