The Deadly Industrial Accident In China Is Like Hundreds Of Others 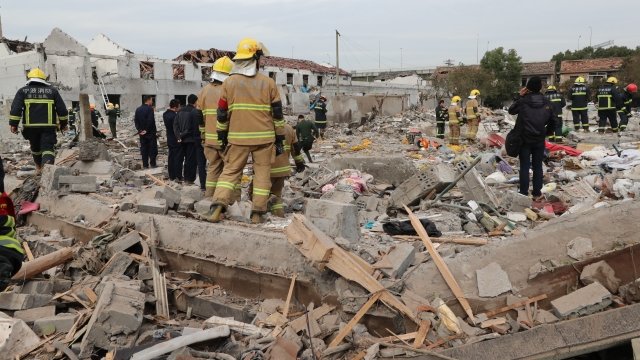 SMS
The Deadly Industrial Accident In China Is Like Hundreds Of Others
By Ethan Weston
By Ethan Weston
November 26, 2017
An industrial accident killed two people in China on Sunday, and there have been almost 30,000 more industrial deaths this year alone.
SHOW TRANSCRIPT

An explosion killed at least two people and injured 30 more in eastern China on Sunday.

The explosion was likely an industrial accident at a factory. It caused some surrounding buildings to collapse.

Industrial accidents are pretty common in China; this year alone, the country has had around 29,000 industrial deaths. 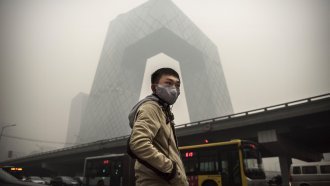 But other industrializing countries have similarly high rates. India, China's neighbor, sees around 48,000 deaths per year due to occupational accidents.

There has been some push by the Chinese government to cut back on industrial accidents. The declining fatality rate shows those efforts might be working.

But Hong Kong-based China Labor Bulletin says the lower numbers are partly because of a change in how workplace accidents are tallied by the government.