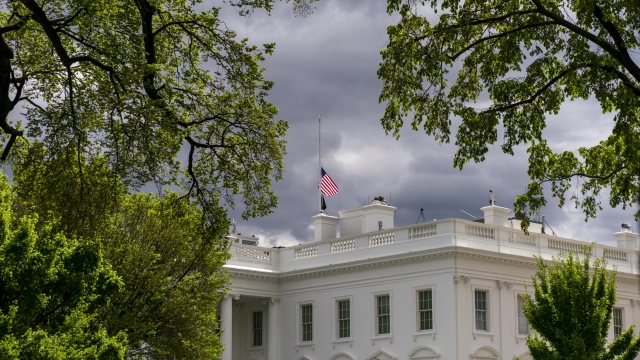 SMS
Mass Shooting Suspect Was A Former FedEx Employee
By Kamil Zawadzki
By Kamil Zawadzki
April 16, 2021
Sources also tell the Associated Press the suspect was 19 and investigators have searched his home.
SHOW TRANSCRIPT

FedEx says the man who shot and killed eight people at an Indianapolis facility was a former employee. A company spokesperson says they can't speculate on a motive.

Sources also tell the Associated Press the suspect was 19 and investigators have searched his home.

Officials say he was armed with a rifle and believe he died by suicide.

The president has ordered flags to fly at half staff in the victims' memory.

It's the third time he's done so in response to mass shootings in the past month.

This has all reignited the gun control debate, but passing legislation appears challenging with a closely divided Congress.

A White House spokesperson was asked today whether the president would back a more focused measure that may get Republican support.

"Okay, I would pump that question back to the Republicans who are not supportive of universal background checks," Jen Psaki said, "or an extension of that, which 80% of the public supports. So our question to them would be why don't you support what the vast majority of your own constituents support? And this is an expansion of background checks, which prevents guns getting into the hands of people who should not have them."