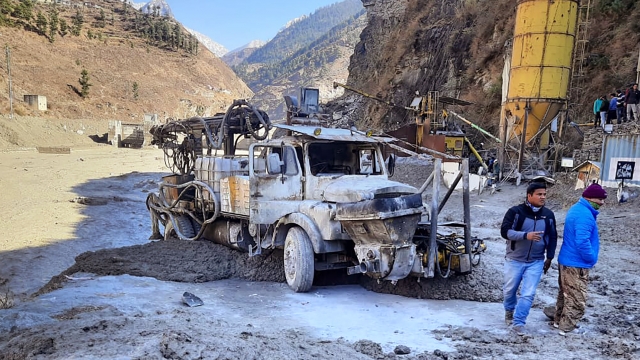 SMS
Over Dozen Dead In India As Glacier Breaks, Causes Flood
By Bailey Vogt
By Bailey Vogt
February 7, 2021
At least 9 people are dead and 140 are missing. Officials are struggling to rescue those trapped in the flood zone.
SHOW TRANSCRIPT

Multiple people are dead in India after a glacier burst open and released a massive flood of water.

More than a dozen people were killed dead and 140 are missing as homes were swept away by the torrent. Officials are struggling to rescue those trapped in the flood zone.

Authorities say a Himalayan glacier fell apart Sunday, sending a wall of water and debris through a valley.

The floodwater also destroyed homes and forced evacuation along the flood's potential path.

While the cause of the glacier's break is unclear, experts say the cause may point to global warming.