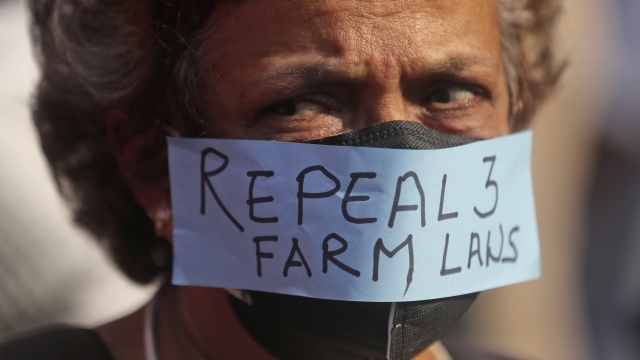 It's the latest demonstration by the farmers — who are pressuring the government to repeal new agricultural laws they complain make it harder for them to earn a profit.

But India Prime Minister Narendra Modi says the new rules are necessary to modernize farming in the country.

The farmers have been protesting for months. In an Associated Press interview, one made it clear to the prime minister that the demonstrations will go on until their concerns are addressed.

"We will keep fighting till our last breath. Modi should know that either he will remain, or we will."

Saturday's protests lasted for about three hours, with no violence reported.

Representatives for the farmers and governments have met several times to resolve the conflict with little success. India's Agriculture Minister defended the new laws Friday — suggesting no resolution in sight.