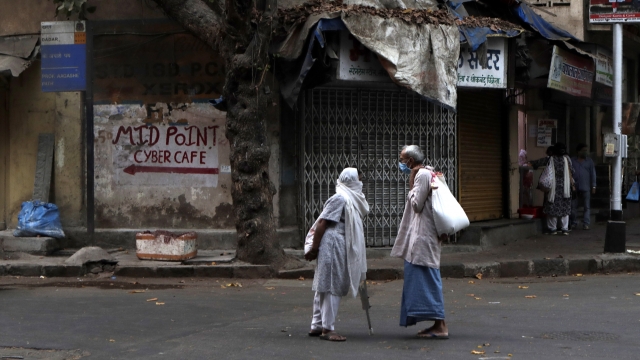 First steps in India's "unlock" phase are aimed at capital city of New Delhi. But cases are still surging near financial center of Mumbai.

India is opening up to business after more than two months of lockdown due to the coronavirus.

The first steps in India's so-called "unlock" phase are primarily aimed at the capital city of New Delhi and other regions less impacted by COVID-19. And yet the country's overall infection rate is still spiking. That's raising questions if the opening is premature - with the pandemic peak still to come in the world's 2nd most populous country.

India as of Wednesday had 200,000 Coronavirus cases and more than 5,600 deaths, according to Johns Hopkins University. Sunday brought a record spike of 8,300 new cases.

The Indian state of Maharashtra has seen 40 percent of India's COVID-19 deaths. The region includes India's financial capital of Mumbai, which has accounted for 1/4th of the country's infections.

Maharashtra and two other states have declined to lift lockdown measures. But India's Prime Minister Nahrendra Modi said Sunday he wants much of the country, including its capital, to open up "in an example of economic revival."

Modi has approved a $266 billion economic stimulus package in hopes of putting people back to work. But the virus continues to take a toll in sickness and economic displacement for India's poorest residents.

Modi told his nation's 1.3 billion citizens they must take precautions amid the virus. He said: "Becoming careless or lackadaisical cannot be an option."

The country's unemployment rate is nearly 24 percent, with 114 million people out of work - including vast numbers of day laborers and migrant workers.

With reporting from The Associated Press.