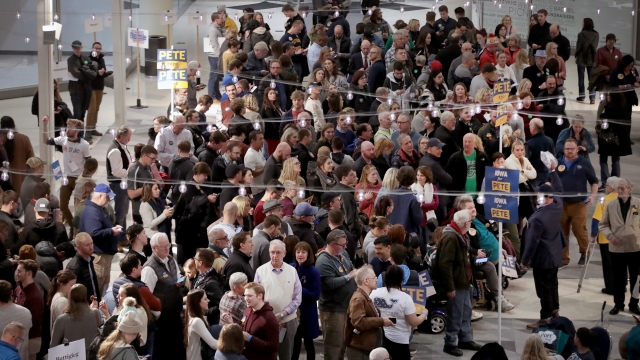 The winner of the Iowa Democratic caucuses was still unknown early Tuesday thanks to long delays in reporting results.

The Iowa Democratic Party said the delay was due to inconsistencies. Communications director Mandy McClure said, "We are also using photos of results and a paper trail to validate that all results match and ensure that we have confidence and accuracy in the numbers we report." The state party insists the problems weren't caused by a hack or intrusion.

For the first time, the Iowa Democratic Party is releasing three sets of results from the caucuses — a decision that was aimed at increasing transparency, but ultimately caused major delays.

At each precinct, Iowans divided into groups around the room to declare who they think the party's nominee should be. That was the first vote. Any candidate who didn't get at least 15% support was deemed "non-viable." That person's supporters then had a choice: They could switch to stand with an already viable candidate, smaller groups could combine to reach the viability threshold, or they could remain uncommitted. The results of the second vote determine the winners.

The final vote tally is used to calculate how many delegates each candidate is expected to get at the state convention.