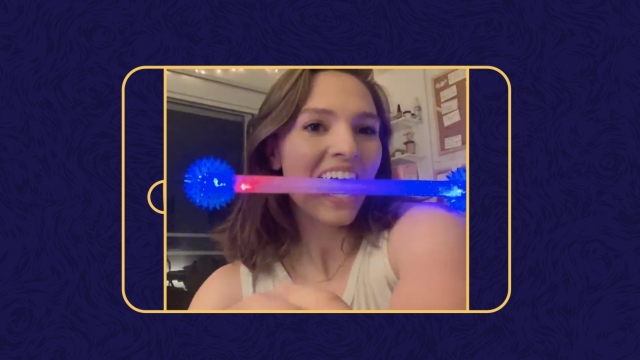 SMS
In Quarantine, Social Media Is The Only Stage In Town
By Cody LaGrow
By Cody LaGrow
April 2, 2020
Data shows people are more inclined to scroll through and post on social media during the pandemic. More eyes on more content means more opportunity.
SHOW TRANSCRIPT

As COVID-19 puts a halt on the entertainment industry, social media is the only stage that's open.

Social distancing is creating a unique climate for content creation and consumption. From emerging social media challenges to the more exotic binge opportunities, content released during the pandemic has the potential to reach a more captive or quarantined audience.

A Newsy/Ipsos survey revealed more than half of Gen Z and Millennials are scrolling through social media more now than usual. About a third of the same group are more likely to post something.

For Gen Z especially, TikTok and Snapchat use are up by 50-percent or greater.

The survey shows there are more eyes on more content. It makes social media an invaluable tool in a stalled entertainment industry.

"I had 2000 followers on Twitter. And now, I have over 20,000," explained Los Angeles resident Addie Weyrich. She released a video dancing in her room and it garnered over 500,000 likes on Twitter — likely due to choreography that included light-up nunchucks. Her caption: quarantine is going well.

For Weyrich, an actress and comedian, going viral is the best way to avoid going broke.

"I had auditions that went from being in-person to self-tapes to production just being pushed months away. People who were supposed to be shooting things, writers rooms that were supposed to happen, everything that was guaranteed is already in-the-air and makes what was already a confusing industry even more confusing to navigate," said Weyrich.

Especially during the coronavirus, social media is the path to secure work for performers like Weyrich.

"What people really want is for you to go viral. And if you go viral, then you did it. You'll go in, have meetings with a brand and they'll say, I just really want our commercial to go viral. We need you to make it go viral. And virality is so dependent on who retweets and the humor of one person with a lot of followers. And their friends of followers. And if it catches or doesn't catch."

Look no further than online sensation Curtis Roach. His career is reaching new heights from the comfort of his living room.

"A lot of people are reaching out and being supportive," explained Roach, a 20 year old hip-hop artist in Detroit. He posted a video on TikTok known as "Bored in the House."

Shortly after, it seems everyone on TikTok wanted in on the trend. Millions watched and posted their own version of boredom — including famous rapper Tyga.

"Once Tyga did it, I think is when it really started going crazy!" exclaimed Roach.

The opportunities rolled in for Roach. In days, he went from having a viral TikTok to a hit song with a huge record label alongside a major name in music. Oh yeah, and they shot a music video from home. Roach could hardly contain himself.

When asked how it feels to be one degree of separation from Kylie Jenner and the rest of the Kardashians, America's most famous family, Roach sounded starstruck in his response.

"Kylie Jenner made [bored in the house] her caption!" jubilated Roach.

So as we keep up with the content, big names and big brands are also relying on social media to maintain their audience.

Perhaps this pandemic phenomenon is best described by the #StayAtHomecoming movement.

Netflix Employee Jasymn Lawson tweeted the idea that people should stream Beyonce's 2019 film "Homecoming" together on Netflix. Fans would tweet using the same hashtag and watch together virtually – all to celebrate a year-old film that elevated the culture.

Support first came from the fans. Then, it came from the brands. And then the Queen herself. Beyonce retweeted Lawson's idea and the rest is history.

For the record: Beyonce has tweeted 17 times since 2012. And before this, she has never retweeted anyone.

Lawson was —rightfully — excited on her Instagram page. In a day, one tweet became a top-trending, brand-backed campaign that triggered mainstream media coverage because it was endorsed by one of the most elusive entertainers alive.

This halt in traditional entertainment highlights how viewers and creators are coping together and answering if this is the new normal for an industry that's been shifting to digital platforms for years.

Can a virtual audience replace a physical one? Will studios release straight to streaming? What does a "big break" look like?

Right now, it seems social media offers the brightest spotlight for those missing their audience, especially for already famous faces and their fans.