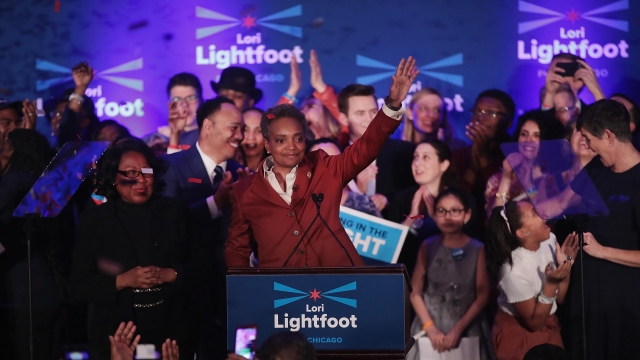 Chicago made a historic achievement Monday. Lori Lightfoot was sworn in as the city’s mayor making her the first black woman and openly gay person to assume the role.

“I’m looking ahead to a city of safe streets and strong schools for every child regardless of neighborhood or zip code,” Lightfoot said.

The former head of the Chicago Police Board will have to tackle a spike in gun violence typically associated with the city's summer; all while overseeing the department’s reform following wide-spread backlash over the 2014 shooting death of Laquan McDonald by former Chicago police officer Jason Van Dyke.

Lightfoot will also be tasked with remedying a $700 million budget shortfall passed down by outgoing Mayor Rahm Emmanuel’s administration. She will also face trying to meet the demands of the Chicago Teachers Union who are threatening a strike. Demands include a five percent pay raise and an increase in counselors and nurses.

But before all, Lightfoot says she wants to thwart corruption. On her first day in office, Mayor Lightfoot says she’ll sign an executive order limiting the power of the city’s aldermen – one of whom was charged with attempted extortion in January.