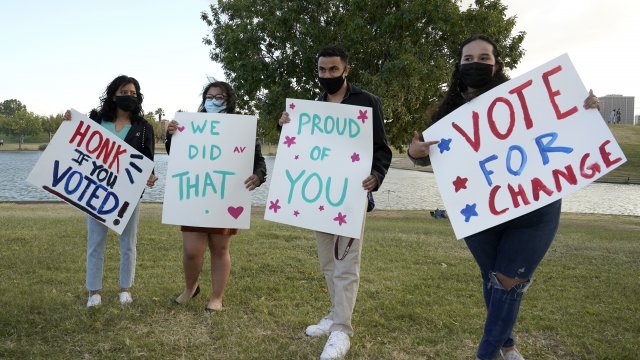 For the first time in nearly three decades, Arizona is projected to vote for a Democratic presidential candidate.

A large factor for votes in the state was the Trump administration's stance on immigration.

One U.S. citizen said she voted for Joe Biden because her family is a mix of citizens, undocumented and DACA program residents.

She wasn't alone. A Phoenix immigrant aid organization estimates it pushed 25,000 votes to go to the polls.

It said many of those voters had family and friends who are not full citizens.