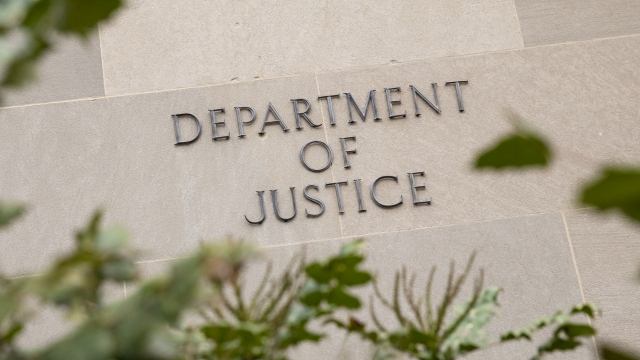 SMS
Immigration Judges Union Calls For Courts' Independence From DOJ
By Ben Schamisso
By Ben Schamisso
February 17, 2020
The union says the Trump administration's pressure "to speed up and deport more" is transforming the courts "into a law enforcement assembly line."
SHOW TRANSCRIPT

Right now, the Department of Justice supervises immigration courts. That means the government, which serves as the prosecutor on immigration matters, also has the power to overrule judges' decisions.

Union President Ashley Tabaddor has long advocated for the creation of Article I immigration courts. Like tax or bankruptcy courts, they would exist mostly outside the purview of the executive branch. But she says the Trump administration's ramped up efforts to "pressure immigration judges to speed up and deport more" is adding urgency to her pitch.

"That is a huge compromise of the judges independence by speeding up the process arbitrarily and pitting the judges' personal financial interests with their oath of office."

In an effort to tackle the more than 1 million cases awaiting decisions, the White House has introduced quotas and deadlines for immigration judges.

It has also given the director of the federal agency overseeing immigration courts the ability to decide some cases pending an appeal if they haven't been resolved within a certain timeframe. Tabaddor says those changes are transforming the courts "into a law enforcement assembly line." But the Trump administration counters that the new rules have added efficiency to the court system without diminishing the judges' independence.

In 2019, immigration judges completed more than 275,000 cases, a 42% increase from the previous year, according to government figures. The Trump administration has also quickly increased the number of immigration judges, which stands at an all-time high.

Those who oppose the creation of standalone immigration courts say it would take a lot of resources, which would be better used to keep improving the efficiency of the existing court system.

"Moving immigration courts out of the executive branch would cause very large constitutional issues."

Andrew Arthur is a former immigration judge who now works for a group that advocates for immigration restrictions. He says it's crucial for the executive branch to retain a level of influence over immigration in the name of national security.

"Immigration determinations are closely tied to foreign policy of the United States. Needless to say, the way we treat foreign nationals is very closely tied to the way other nations see us."

Many Democratic presidential candidates have endorsed the idea. And it's also supported by the American Bar Association and the Federal Bar Association. However, the Judicial Conference of the United States, the policy-making body for the judicial branch, says that if Congress decides to create standalone immigration courts, such courts should remain connected to the executive branch.

"There is absolutely a political appetite for it. Now, whether it will happen sooner or later, we'll see."