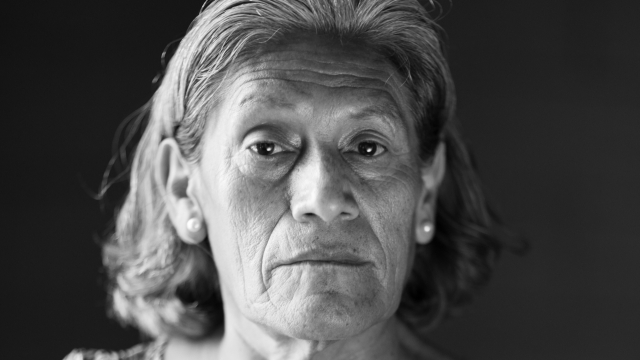 Immigrant women have faced much higher unemployment during the pandemic than immigrant men, U.S.-born women and U.S.-born men.

Mexican immigrant Magdalena Portillo has been cleaning houses in Chicago for decades — and she's proud of her skills.

"Perfectly cleaning the bathrooms, the toilet, and the mirrors so that they shine," she explains.

Thanks to her domestic work, she raised two kids alone and has helped support seven grandchildren.

But then the pandemic hit.

"I started getting calls from my clients and they didn't want me to come anymore," Portillo said.

In a matter of days in late February, Portillo lost all her clients.

She is part of a group that's been hit particularly hard by the coronavirus recession.

"Immigrant women are concentrated in some occupations that have been hit hardest by this recession. Those include maids and housekeepers and waitresses," said Julia Gelatt, a senior policy analyst at the Migration Policy Institute who co-wrote the analysis.

Foreign-born women have also stopped working and job-hunting at a higher rate than other groups — in part because of their often-dual roles as workers and parents.

"Even if I had a job right now, I wouldn't be able to do it because my kids need my help," said Mexican immigrant Erendira Zamaco.

Before the pandemic, Zamaco worked over 40 hours a week as a house cleaner and nanny in Philadelphia.

Now, she's only on the job a few hours per month because her three kids are doing remote schooling and need her supervision and because employers have cut back.

"When one is living like this, it's hard," Zamaco said.

Over 90% of Spanish-speaking domestic workers lost jobs due to COVID-19, a recent trade survey found. Yet the vast majority didn't apply for unemployment insurance. And less than a third received a federal stimulus check.

That's partly because many are undocumented.

"We are always the most vulnerable, left out of any help," Zamaco said.

Still, Zamaco and Portillo say they are scraping by thanks to help from food pantries, labor rights groups, friends and family.

"My granddaughter said, 'don't worry — if before we ate every day, well now we can start eating every other day,'" recalls Portillo.

After years of serving others, usually at low wages, they simply want the incoming Biden administration, and other politicians, to acknowledge their plight now.

"To take us into consideration and not to forget us," Zamaco said.