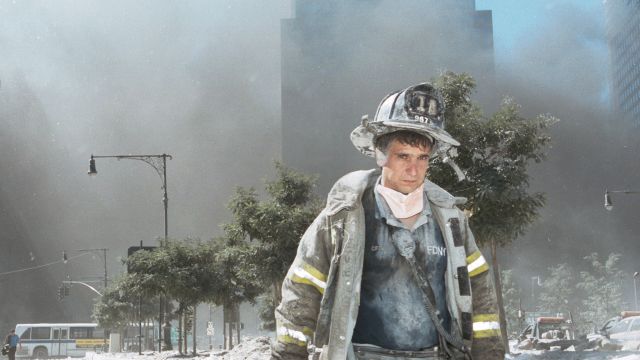 SMS
Illnesses From 9/11 Debris Could Be Deadlier Than The Attacks
By Grant Suneson
By Grant Suneson
September 11, 2016
Doctors working with 9/11 first responders say illnesses caused by debris at Ground Zero could kill more people than the attacks themselves.
SHOW TRANSCRIPT

Nearly 3,000 people were killed in the terrorist attacks on September 11, but 15 years later, doctors say the aftermath of the destruction could be even more deadly.

Asbestos, lead, noxious gases and other harmful chemicals were left behind in the debris. Those chemicals are now taking their toll on survivors and first responders.

"I have stage IV inoperable throat cancer on both lymph nodes," former heavy equipment engineer John Devlin said on The Daily Show back in 2010.

"And you're suffering from?" Jon Stewart asked the rest of the panel of 9/11 first responders.

"I got heart disease and lung disease from being down there," former Department of Transportation worker Ken George said.

Christine Todd Whitman, who ran the Environmental Protection Agency in 2001, recently apologized for claiming the air was safe at Ground Zero, but first responders say it's too late for apologies.

Dr. Jim Melius, who works for the New York State Laborers Union, told the Guardian, "Within the next five years, we will be at the point where more people have died from World Trade Center-related illnesses than died from the immediate impact of the attacks."

It took years, but in 2010 Congress passed a $4.3 billion measure to cover the medical costs of people suffering from illnesses caused by exposure to debris on September 11.