Minimum-Wage Workers In Illinois Are Getting A Raise 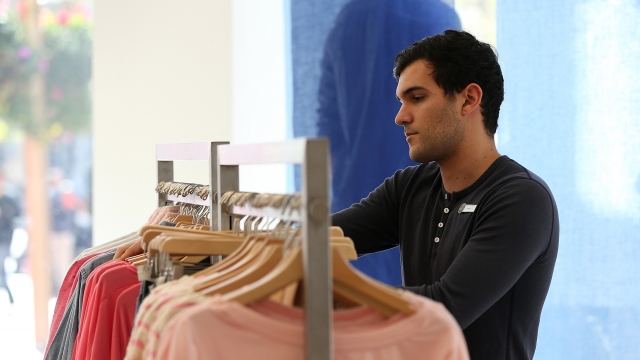 Illinois' governor signed a bill Tuesday that will gradually bump the state's minimum wage to $15 an hour by 2025.

Illinois is on track to be the first state in the Midwest to offer its minimum-wage workers $15 an hour.

"For nine long years, there were many forces that were arrayed against giving a raise to the people who worked so hard to provide home care for seniors, child care for toddlers, who wash dishes at the diner and who farm our fields. Today is a victory for the cause of economic justice," Gov. J.B. Pritzker said.

On Tuesday, Gov. J.B. Pritzker signed legislation that will gradually bump the state's minimum wage to $15 an hour by 2025.

The first increase from $8.25 to $9.25 an hour is set to happen at the start of 2020. The governor's office said the change will affect more than 1.4 million workers in Illinois.

It's worth noting that Chicago currently has its own minimum wage rate, which is scheduled to increase to $13 an hour on July 1.

The legislation is a major win for Pritzker, who's only a little more than one month into his first term as governor. The Democrat campaigned on raising the state's minimum wage.

Pritzker's predecessor vetoed a similar measure in 2017 that would've raised Illinois' minimum wage to $15 an hour by 2022.