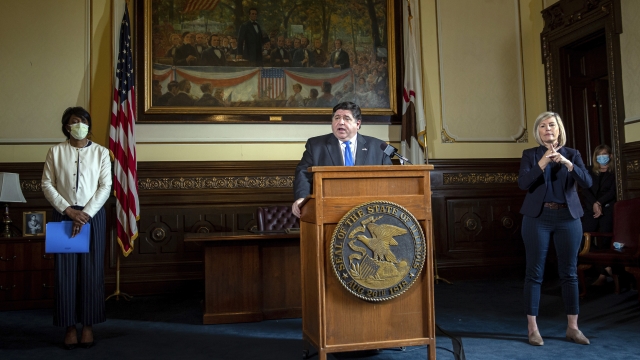 By LeeAnne Lowry
July 17, 2020
Pritzker's chief legal counsel told the Associated Press, “We’re sending a signal that this issue is not up for debate."
SHOW TRANSCRIPT

Illinois officials have preemptively sued to require masks in the state's schools to slow the spread of coronavirus.

Gov. J.B. Pritzker, the state health director and the state superintendent filed the lawsuit on Thursday, just a few weeks ahead of schools reopening.

Pritzker's chief legal counsel said the unusual legal action is meant to "send a signal that this issue is not up for debate." While no schools have sued, a lawyer representing a public school district and two private schools wrote letters to the Illinois State Board of Education last month. It said a 1922 state Supreme Court ruling barred the government from making rules "which merely have a tendency to prevent" infectious diseases.

Additional reporting by John O'Connor of the Associated Press.