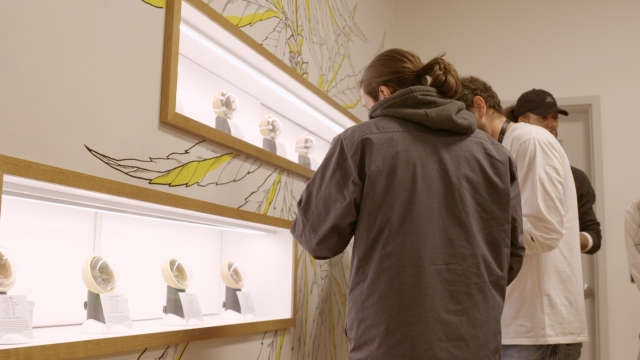 Residents of Illinois are now able to buy weed for recreational use for the first time. On January 1 The state became the 11th to legalize cannabis for adult use and the first to do it through the state legislature.

But there's one major aspect of Illinois' new cannabis program that experts say sets it apart from any other state.

"It really looked at equity and how can it make sure that its program is going to be as fair as possible to everybody that wants to participate, including minority groups," said Chris Lindsey, director of government affairs at the Marijuana Policy Project.

Several states and cities have been exploring new social equity initiatives to try to repair the damage marijuana laws have done to communities of color, but Illinois is the first state to launch its new legal marijuana market with social equity provisions pre-baked into the law.

"What Illinois did that really stands out is it went and surveyed all of the different approaches that had been tried and they pulled in different folks from around the country that had been thinking about this and said, 'What are the different possibilities?'" And really pulled them together into one comprehensive system," Lindsey, who held lead the push for legalization in Illinois, said.

The law, that went into effect Jan. 1, 2020,  includes expungement provisions. Governor J.B. Pritzker announced he would be pardoning over 11,000 convictions on the eve of the launch of legal sales.

"These 11,017 misdemeanor convictions represent individuals who have carried around with them a stain on their records for possessing less than 30 grams of cannabis, a stain that has very often prevented them from obtaining housing or jobs or benefits," Pritzker told reporters.

It also sets up new grant programs to reinvest in communities that have been hurt by prohibition and provide financial assistance for individuals in those communities who want to open up their own cannabis businesses. They can apply for a social equity business license to receive loans and other funding from the state.

But critics say those social equity business licenses haven't been granted yet, and the first businesses that will get a jumpstart on the new legal market are largely owned by white people.

Lindsey says the state's priority is to get the new legal market up and running and shut out the illicit market. And tax revenue and licensing fees from the first round of legal dispensaries will help get social equity licensees off the ground later this year.

As other states look to Illinois' program over the next few months, a big question will be whether the social equity programs actually end up helping minorities.

Under the new law, officials will be required to conduct a diversity study later in the year to determine how racial minority groups were impacted.

"We'll have equity licensees, but the question is, did that actually address the issue of minorities, right? Did African Americans actually end up in a different position as a result of these policies?" Lindsey said.