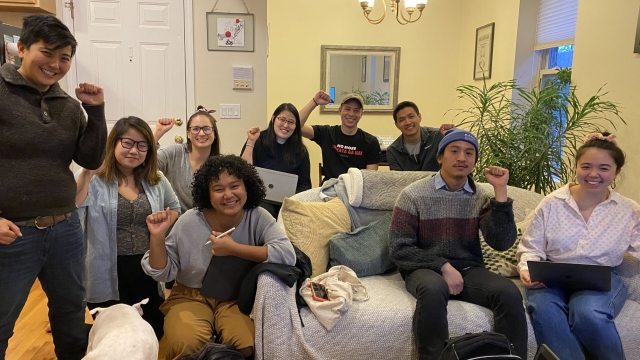 As we celebrate Asian American and Pacific Islander Heritage Month, Illinois lawmakers are considering a bill that would make sure every student in the state learns the history of Asian Americans in the U.S.

If the bill is signed into law, Illinois would be the first state to mandate a unit of Asian American history in its public schools.

Illinois State Sen. Ram Villivalam is one of the leading lawmakers behind the “Teaching Equitable Asian American Community History” Act or “TEAACH Act.” He and State Representative Jennifer Gong-Gershowitz reintroduced the bill in January of this year. After passing the Illinois House by an overwhelming majority of 98-13. It’s now being considered in the Senate.

“It would really ensure that we elevate crucial stories like the wrongful incarceration of Japanese Americans in the 1940s,” Villivalam said.

Along with guaranteeing every Illinois public school student learns about the internment of Japanese Americans during World War two as part of their U.S. history courses, the bill would add Asian American history curriculum to the Illinois School code.

“You don't really learn about Asian American history when you're taking a U.S. history class in high school,” Grace Pai, Director of Organizing, Asian Americans Advancing Justice | Chicago said. “A lot of people don't learn Asian American history until they go to college. And so we wanted to create that opportunity both for Asian American students in the state to see themselves reflected in what they're learning, but also for students of all backgrounds to develop more empathy, to learn the rich history and contributions of Asian Americans in the United States.”

Director of Organizing, Grace Pai hopes passage of the bill will allow schools to teach all aspects of Asian American history.

Advocates hope that education will lead to better understanding of Asian American history and culture and, as a result, fewer acts of racism against Asian Americans.

“We've seen such a huge rise in anti-Asian racism and sentiment and violence over the last year, it's been, I think, really striking and disturbing. And so we wanted to be able to tackle that problem with kind of a more long-term perspective to think about how can we interrupt these cycles that lead people to commit these acts of violence or lead people to believe stereotypes or other harmful narratives about Asian-Americans,” said Pai. “We felt that education was a good place to start.”

Villivalam adds, “I do have to say that I hope that it will have the intended consequence of reducing the discrimination and hate crimes that have been happening for a long time in our towards our community, but especially over the last year.”

Newsy did reach out to the offices of all 13 state representatives who voted against the legislation to get their perspective. No one responded to our request for comment.