If You're Queen Of England, You Get 2 Birthdays And A Parade 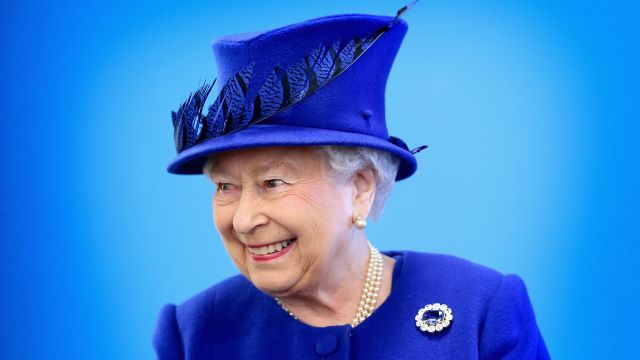 Queen Elizabeth's "official" 90th birthday will be celebrated June 11, even though she was born April 21. The double-birthday tradition dates to 1748.

But she also gets an "official" birthday every year in June. This year, it will be celebrated on June 11.

The royal family has been celebrating official birthdays for centuries. Their reasoning? The weather.

Each official birthday comes with a parade known as Trooping the Colour. And parades are way more enjoyable when the weather is nice.

At least that's what King George II thought. He had a November birthday but still wanted people to celebrate him.

So in 1748, he combined the annual summer military parade with a parade in his honor, and the tradition was born.

But that's just the start. The Queen's getting a lot of birthday celebrations this year across the U.K. and around the world. Take the giant street party on June 12, for example.

The Queen will host 10,000 people for the Patron's Lunch on the Mall in St. James's Park. Unfortunately, tickets for that event are already sold out.

This video includes clips from the British Army, The British Monarchy and images from The Patron's Lunch and Getty Images.