If You're Homeless And In Need, Stealing Food Is OK In Italy 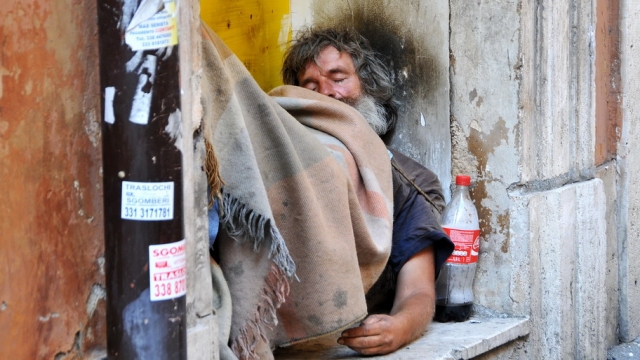 SMS
If You're Homeless And In Need, Stealing Food Is OK In Italy
By Newsy Staff
By Newsy Staff
May 4, 2016
The court ruled that due to "the condition of the defendant" and the small amount of food he took, a man wouldn't be punished for his actions.
SHOW TRANSCRIPT

If your family were starving, would you steal a loaf of bread?

It's an age-old ethics question that has no right answer. But a recent ruling made by Italy's highest appeals court could change that for the homeless.

The ruling was on behalf of a homeless Ukrainian man accused of stealing small amounts of sausage and cheese in 2011.

He was originally sentenced to six months in jail and a roughly $100 fine but appealed that decision.

On Monday, Italy's highest court threw out the conviction, writing, "The condition of the defendant, and the circumstances in which the seizure of merchandise took place, prove that he took possession of that small amount of food in the face of an immediate and essential need for nourishment, acting therefore in a state of necessity."

A former member of the Supreme Court of Cassation told The New York Times the ruling is likely based off the legal doctrine "no one is expected to do the impossible."

The court's ruling far surpassed the original intention of the man's appeal, which simply sought to overturn his conviction. The court said he shouldn't be punished for his acts.