If We Want More Marijuana Research, The Government Needs To Mellow Out 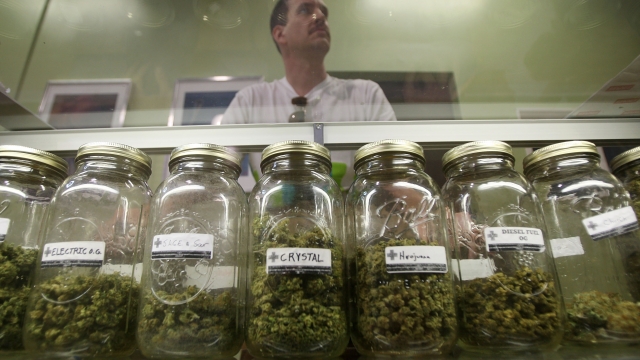 SMS
If We Want More Marijuana Research, The Government Needs To Mellow Out
By Ben Lawson
By Ben Lawson
April 7, 2016
The Drug Enforcement Administration is considering changing how marijuana is classified, which could make it easier to research.
SHOW TRANSCRIPT

The Drug Enforcement Administration is considering easing its stance on marijuana.

In a memo obtained by The Washington Post, the DEA said it will decide in the next few months if it wants to change marijuana's status as a Schedule 1 drug.

It's not like marijuana will be any less illegal if it does get a scheduling change, but it could greatly expand opportunities for research.

The government has only given one program permission to grow marijuana for research purposes, which makes access rather limited. In the memo obtained by The Post, only an average of nine researchers per year were able to obtain marijuana through the program between 2010 and 2015.

The DEA defines Schedule 1 drugs, which include heroin and LSD, as having "no currently accepted medical use and a high potential for abuse."

But 23 states have already legalized marijuana for medical uses, and U.S. Surgeon General Vivek Murthy has said it can be used medically, too.

"We have some preliminary data showing that for certain medical conditions and symptoms, marijuana can be helpful," Murthy said.

However, the DEA has denied at least three other attempts to change the drug's status.

This video includes clips from Dinafem Seeds and Cannasseur Pueblo West and images from Getty Images.