Tied Baseball Games Are More Common Than You Might Think 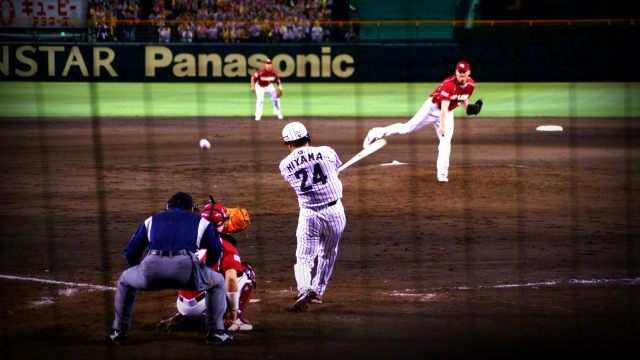 Ties in baseball. No, we're not asking umpires to start dressing up more. We're talking about games that end without a winner or a loser.

To a lot of fans, this sounds crazy — baseball games go on forever, right? But the truth is ties have been around for basically as long as baseball's existed, and they're still happening today.

Nowadays some folks are asking for ties to prevent long extra-inning games, like the 18-inning Yankees-Cubs game on May 7 that featured a record 48 strikeouts.

"You've seen it in other major league games; they get into extra innings like that, guys have a tendency to try to do too much. And then you start not getting your hits," Cubs manager Joe Maddon said.

But at first, ties were a result of necessity. In the old days, stadiums didn't have lights. If it got too dark, there was nothing they could really do.

According to an analysis from FiveThirtyEight, about 2 percent of games per year were ties before daylight saving time became a thing in 1918. They still continued after that at a slower pace.

Once Mother Nature couldn't get in the way, ties went extinct in the U.S. But remember — the U.S. isn't the only country that plays baseball.

In Asia, things are different. The Japanese, Korean and Taiwanese leagues all have ties after 12 innings. The Korean league even took ties away in 2008, but managers didn't like it, so they brought ties back the next year.

So if you're a baseball purist who doesn't like ties, that's fine. Just remember they've been around for a while, and they're probably not going anywhere.