If 'El Chapo' Is Extradited To US, He Wants A Medium-Security Prison 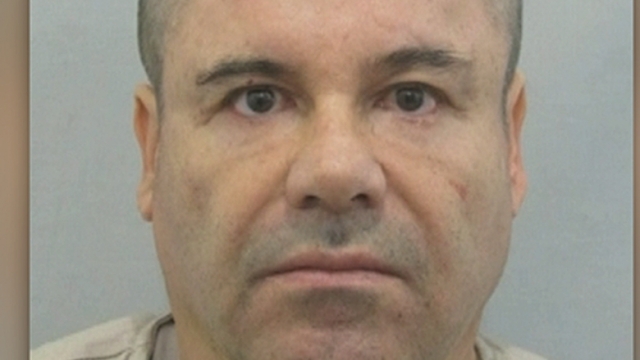 Mexico has been willing to extradite drug lord Joaquín "El Chapo" Guzmán to the U.S. since the beginning of the year, and now Guzmán seems ready to take the government up on that offer.

But there's a catch. Earlier this week, Guzmán's attorney told a Mexican radio show that the cartel leader may be willing to waive extradition and plead guilty if he serves time at a medium security prison in the U.S.

This might be a hard sell considering the drug lord has escaped from maximum security prisons in Mexico — twice.

Part of Guzmán's change of mind is his treatment at the prison where he's currently held. According to his lawyer, Guzmán is allegedly being woken up regularly to confirm he hasn't fled, something that's causing him migraines.

While he is wanted in the U.S. on multiple charges, Guzmán has several life sentences to serve in Mexico, which is why he hadn't been extradited before.

Guzmán's lawyer said he is talking to a U.S. lawyer to iron out the details of the extradition terms.

This video includes clips from the Government of Mexico, Univision and Telemundo and images from the U.S. Department of State and the Mexican Attorney General's Office