Campaign Contributions Aren't Always Obvious — They Might Be 'In-Kind' 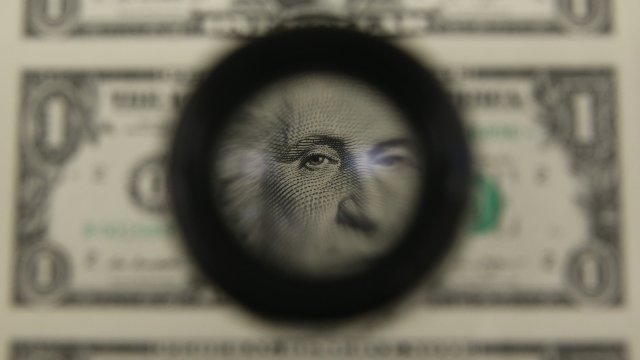 "In-kind contribution." It's a term that shows up in campaign finance stories a lot lately. But what exactly does it mean? Here's a rough analogy before we get into all the nitty gritty:

If a friend owes you $100 but, instead of cash, she pays you with a watch worth $100, that's an "in-kind" payment. The key is exchanging something of value.

Here's the way the Federal Election Commission outlines in-kind political contributions that must be reported:

— Goods or services offered for free or at least less than the usual charge. Let's say, hosting a golf tournament fundraiser for a candidate but not charging the campaign for using the course.

— Payments made by somebody for services on a campaign committee's behalf. Like a billionaire buying 18 months' worth of pizzas for the campaign staff.

— Expenditures made by a person in cooperation, consultation or concert with, or at the request or suggestion of, a candidate's campaign. This could take many shapes, including, perhaps, a payment of hush money to make a problem go away for a donor's favored candidate.

The FEC also provides guidance on how to calculate the value of these contributions. A donated computer is tallied at market value. Likewise, someone giving a service — like printing fliers or banners — has to mark down the commercial rate for the service. 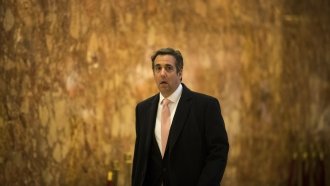 There are a few limited exemptions for volunteer work. One example: You can volunteer to hold a campaign event in your home and spend up to $1,000 on food, drinks and invitations without it being reported by the candidate's committee. All these FEC rules seem simple compared to the entanglements that result in fines.

Three examples from the past:

During Michele Bachmann's 2012 presidential campaign, a political action committee paid a consultant $45,000 for services performed for Bachmann's official campaign, but it wasn't submitted as an in-kind contribution. FEC fine: $17,500.

Former Nevada Republican Sen. John Ensign. His parents gave $96,000 to the family of Ensign's former mistress, who had worked for his Senate campaign and since been fired. The FEC determined that the money, much of which was to go to the former mistress, was not a gift but actually severance pay and therefore an in-kind contribution — again, not reported. FEC fine: $32,000.

And then you have Rep. Charlie Rangel. He used a rent-controlled apartment at a discounted rate for a campaign office and failed to report it. FEC fine: $23,000.

The bottom line in all this: For the FEC, a contribution is a contribution, whether it's a stack of bills or an off-the-books gift in-kind.