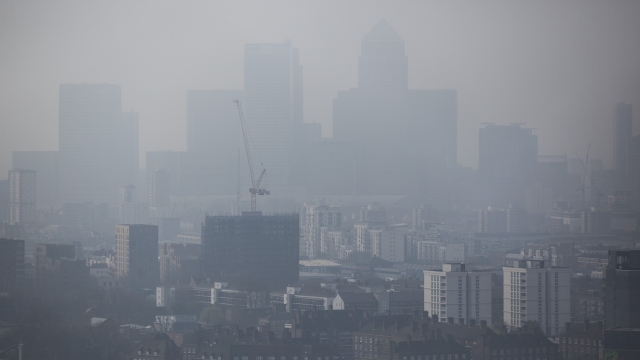 A new report released Monday by the International Energy Agency says about 6.5 million deaths each year can be attributed to both indoor and outdoor air pollution.

According to the World Health Organization, that's more than the number of people who die from HIV/AIDS, tuberculosis and road injuries combined.

This is the first air pollution study from the agency — a Paris-based energy security group — which is probably best known for its monthly oil market reports.

The report also warns that premature deaths from outdoor air pollution are probably going to rise from 3 million to 4.5 million by 2040, mainly in developing Asia.

In a statement, the IEA executive director said, "No country — rich or poor — can claim that the task of tackling air pollution is complete. ... We need to revise our approach to energy development so that communities are not forced to sacrifice clean air in return for economic growth."

SEE MORE: "Climate Protection Will Need More Money Than It Gets From Paris Talks"

The IEA suggests three steps for improving air quality like setting long-term air quality goals, having a clean air strategy for the energy sector and making sure countries actually monitor and enforce those goals and strategies.

But to help slow air pollution, the developed world is going to need to do some investing in developing countries. That will allow countries like China — where air pollution contributed to 1.2 million premature deaths in 2010 — to finance industrial change and develop low-carbon technologies.

If the IEA goals can be reached, developing countries could see the number of people exposed to certain types of air pollution drop. In India, it could fall below 20 percent by 2040 from the 60 percent it's at today.

This video includes clips from the International Energy Agency and images from Getty Images.