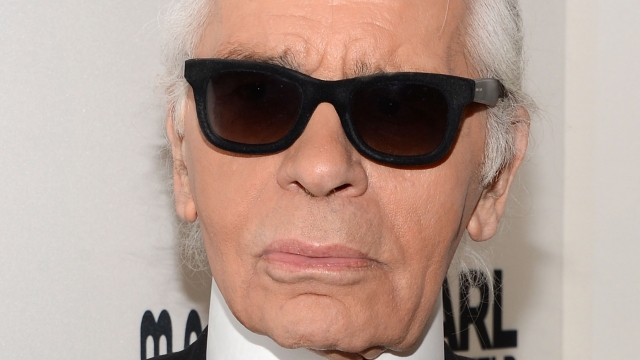 Sources close to Chanel, where Lagerfeld worked as the brand's creative director, confirmed his passing.

The details surrounding his death weren't immediately released. But he was noticeably missing from Chanel's haute couture show in Paris last month, which fueled rumors about his failing health.

Lagerfeld was well known for his impressive resume in the fashion industry. He acted as Chanel's creative director for a record-breaking 36 years starting in 1983.

He also made his mark on brands like Fendi and Chloe. He eventually went on to create his own brand and even stepped behind the lens to shoot his own campaigns.

And his eclectic personal style and signature wit helped make him one of the most recognizable designers of his time.

Lagerfeld's survivors include his sister, his godson and his beloved cat.