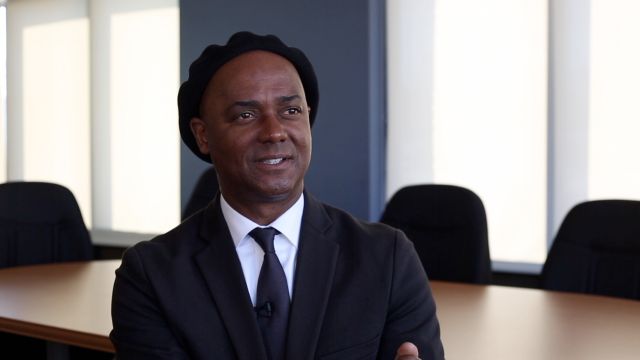 James Baldwin is one of the most significant literary figures of the civil rights movement — but producer Hébert Peck says he still meets adults who have never heard of him.

Peck sat down with Newsy to talk about his work on the Oscar-nominated documentary "I Am Not Your Negro," which exclusively uses Baldwin's own words to construct one of the author's unfinished manuscripts.

"One of the assignments Baldwin gives us is to be open to see the world in a way that we are not used to looking at it," Peck told us. "Even as he was outraged ... he was doing that from a position of love, which allowed us to listen."

For Peck, Baldwin's work invites people to reconsider their own perspective on the world.

Peck told us Baldwin's speeches and writings are compelling enough to resonate with today's issues because he was a powerful writer; but they also resonate because "we still have a long way to go."