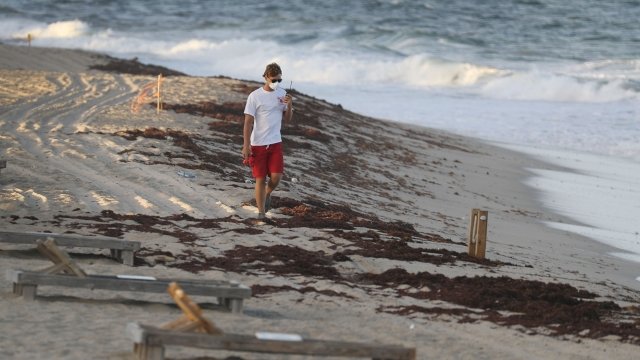 By Tyler Adkisson
October 12, 2018
Depending on how the storm spread toxic algae in the Gulf of Mexico, Hurricane Michael could help or hurt the state's problem with red tide.
SHOW TRANSCRIPT

As Hurricane Michael moved through Florida's gulf coast, some environmental experts had hoped it might help break up the state's persistent blooms of toxic algae. Experts are still collecting data in the early aftermath of the storm, but red tide is still a problem for some parts of Florida's Gulf coast.

Meteorologists thought Michael's wind and waves might disperse large spots of algae into smaller, more manageable pools. And the Florida Fish and Wildlife Conservation Commission's Wednesday report did show "patchy concentrations" of the algae in the Gulf Shore. But in Sarasota County, researchers with the Mote Marine Laboratory say strong winds pushed a red tide bloom that had been slowly drifting away from the coasts back to shore.

Officials at the laboratory say they will need more time to measure exactly where Michael sent algae. They say runoff from the storm's heavy rains could push life-sustaining nutrients to the blooms, if they're close enough to the coast. 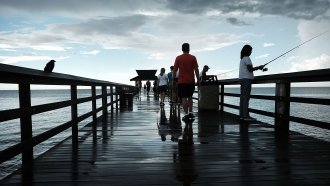 In some places, they definitely are close. In Pineallas County, near Tampa, the director of the environmental management division said "pretty much every beach has been impacted by dead fish" the day after landfall. Tests on the county's beaches showed mostly medium concentration counts for red tide.

The next full report on red tide distributions is expected from Mote Marine Laboratory early in the week.