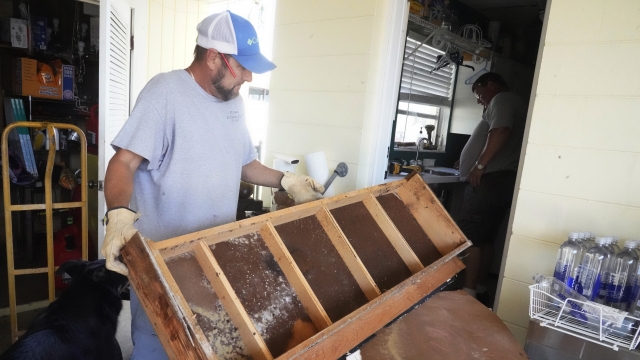 For Colleen Harty, and the tens of thousands of people living in the aftermath of hurricane Ian, the storm is over.

But Ian will still threaten their health for months and years to come.

In the first few weeks, experts say larger numbers of deep cuts or puncture wounds are common as people clean up and remove debris. Mold comes with the remaining flooding and water damage. That causes more lung irritation and respiratory illness like asthma and chronic obstructive pulmonary disease.

Research shows high hemoglobin levels were more common in diabetics, which can lead to complications.

And patients in need of a transplant may also feel an extra strain.

Public health researcher and Floridian Sam Waddell recently published a study looking at the body of research about health impacts of hurricanes. She says it can be years before the mental toll comes into effect, especially in children.

"After hurricane Katrina, the transplant list for those that had chronic kidney disease was much longer, simply because they either couldn't get to the doctor or transportation wise, they couldn't get those organs transplanted down to New Orleans," said Waddell.

After Hurricane Katrina, researchers found PTSD symptoms surfaced up to four years after the disaster.

"That onset could occur much, much later than just the weeks or months after the storm. And there is an increased risk of developing mental health and anxiety disorders in adulthood for those children who experience natural disasters at a young age," said Waddell.

For people like Harty, the impacts may not be top of mind today, but public health experts think it will be a concern many days down the road.