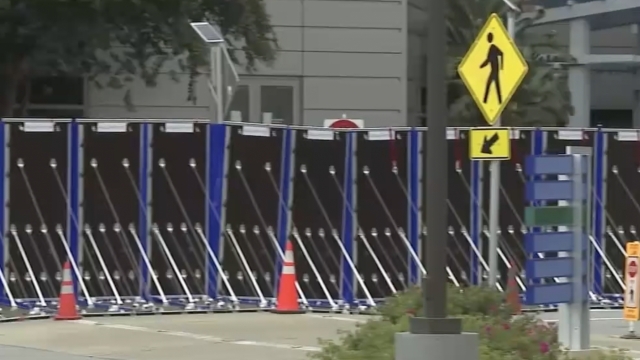 From polluted water to infectious disease to pregnancy loss, the health impacts people face after a hurricane can linger for months.

The storm surge and subsequent flooding from a hurricane like Ian can wreak havoc on someone's health.

The National Hurricane Center has clocked Ian's waters nine feet or more over high tide in several areas across Florida.

Those waters overwhelm sewage systems, leaving those who rode out the storm in murky, polluted waters. Even in shallow flood waters, a small cut could easy get infected.

Power outages mean no air conditioning, which could lead to heat stroke or exhaustion.

Gas-powered generators inside or close to open windows, doors, window air conditioners, or exhaust vents can cause carbon monoxide poisoning.

Shelters will have to take more precautions to avoid disease outbreaks like COVID or the flu. And getting to a hospital in a flood is also an issue.

Tampa Bay General Hospital erected an aqua fence. Patients many too sick to evacuate were moved to the third floor.

One of the strongest hurricanes to ever hit the United States threatened catastrophic flooding around the state.

"This is the safest place to be in downtown Tampa and not because of the wall, but because of the whole system we have in place with our generators and our infrastructure, our storm hardened windows and our hurricane shutters and all the things that you don't have in your in your own home," said Dustin Pasteur, vice president of facilities and construction at Tampa General Hospital.

It comes as researchers from the Harvard T.H. Chan School of Public Health sound the alarm for many hospitals on the Atlantic and gulf coasts to be prepared for future storms.

Their study found even weaker hurricanes could flood most hospitals in those urban coastal areas, and we can expect more as sea levels rise as a result of climate change.

"This could impact one in four Americans that are served by these hospitals. There are going to be impacts from hurricanes on hospitals and therefore for patient care and human health," said Dr. Alexandra Tarabochia-Gast, a lead researcher at Harvard T.H. Chan School of Public Health.

The study included a list of 10 cities with the highest risk where people couldn't get to the hospital because of flooded roads.