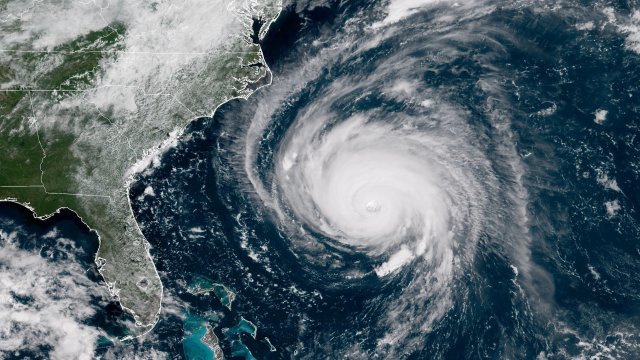 By Ben Schamisso
September 13, 2018
FEMA says it learned from its mistakes in responding to Maria and other 2017 disasters. And those lessons are helping the agency prepare for Florence.
SHOW TRANSCRIPT

Citing the relief efforts after Hurricane Maria, President Donald Trump says the federal government is ready for Hurricane Florence. That storm, downgraded to a Category 2 hurricane, is expected to fully hit the Carolinas on Friday.

"I think that Puerto Rico was an incredible, unsung success," Trump said.

That's despite new estimates that almost 3,000 people died as a result of the storm — a number Trump now doesn't believe is accurate, blaming Democrats for inflating the number for political gain. 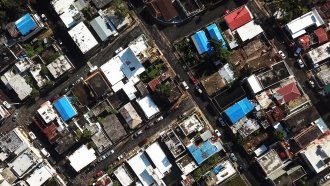 Some of Trump's critics denounced his latest tweets and statements on how he handled the response to Maria almost a year ago.

"You did not do a good job in Puerto Rico," San Juan Major Carmen Yulín Cruz said.

"The Trump administration did too little and did it too late," U.S. Sen. Elizabeth Warren said.

"If he thinks that's an unparalleled success, god only knows what he would think a failure would be," U.S. Rep. Gerry Connolly said.

Others argued the criticism of Trump was overly harsh.

"I think that the FEMA director and others who were there, I think they did everything they possibly could," U.S. Rep. Chris Stewart said. 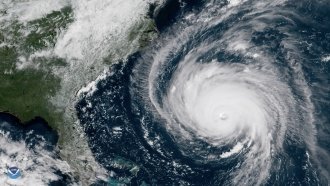 Hurricane Categories Don't Tell You Anything About The Water

But politics aside, FEMA says it learned from its shortcomings in responding to Maria and other disasters last year. And those lessons are helping the agency better prepare for Hurricane Florence.

In a report released last July, FEMA admitted it was insufficiently prepared to handle multiple hurricanes in a short amount of time — Hurricane Irma struck the Caribbean two weeks before Hurricane Maria. As a result, the agency didn't have nearly enough supplies or qualified staff to send to Puerto Rico.

We should note the response to Hurricane Maria was made especially challenging by these one-off factors: It was the third major hurricane of the season, it struck outside the continental U.S., and Puerto Rico's electric grid and financial situation was already in disarray.

By comparison, Hurricane Florence is the first major hurricane of 2018, so FEMA and local authorities have had more time to prepare.

To avoid those issues, the agency created FEMA Integration Teams, which are groups of experts and technicians permanently deployed in various states to help local officials better prepare for future disasters. North Carolina was the first state to receive that support.

As for the power outage that left hundreds of thousands of Puerto Ricans in the dark for months, the agency will now rely on workers from private power companies to begin repairs after Florence. An industry magazine says more than 40,000 workers from at least 17 states have already been mobilized.