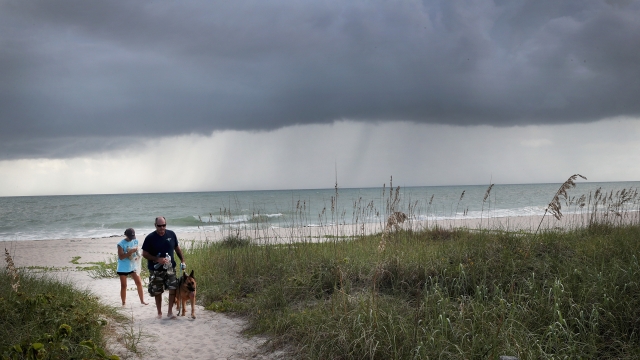 After leaving the Bahamas in ruins, Hurricane Dorian is slowly making its way up the U.S. East Coast.

Up next are the coasts of South Carolina and North Carolina. Meteorologists say those areas will face a destructive combination of strong winds, flooding rains and life-threatening storm surges Thursday through Friday morning.

Dorian was downgraded to a Category 2 storm Tuesday with maximum sustained winds of about 105 miles per hour early Wednesday.

But even as it got a bit weaker, the monster storm grew in size. And it's starting to pick up the pace as well, going from a sluggish 1 mile per hour to 8 miles per hour. Experts say the combined wind, surge and flood hazards are the same or even worse since the hurricane expanded.

Officials are just now starting to get a sense of the destruction Dorian caused during its extended assault on the Bahamas.

Homes, hospitals, shelters and other public buildings are either underwater or crushed into rubble. At least seven people were killed and dozens of others injured, and that number is expected to go up as search and rescue operations continue.