Hundreds Of People Rescued From Volcano In Indonesia After Earthquake 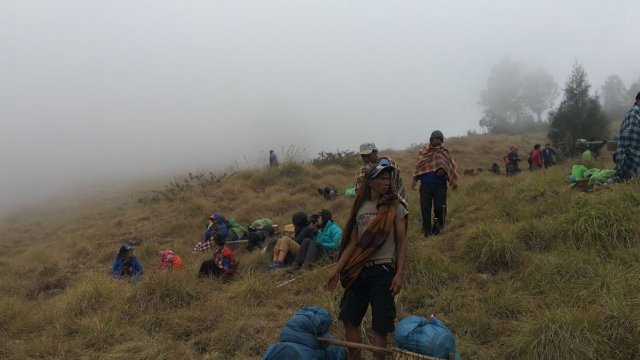 More than 800 people were trapped on the volcano after a 6.4 magnitude earthquake struck Sunday.

Hundreds of people who were trapped on a volcano on an Indonesian tourist island have been rescued. They were stuck after a 6.4 magnitude earthquake hit Sunday morning.

A spokesman for the Indonesian National Disaster Management Agency said there were 820 people on the mountain when the earthquake struck. More than 600 of them were tourists.

The earthquake reportedly triggered landslides, which cut off escape routes. The BBC reports that most of the victims were able to walk safely down after an escape route was found, but several had to be flown out by helicopter.

At least 17 people were killed and more than 300 were injured in the earthquake. Thousands of people have been evacuated since, and more than 1,000 houses were damaged.

There were reportedly more than 120 aftershocks following Sunday's earthquake.