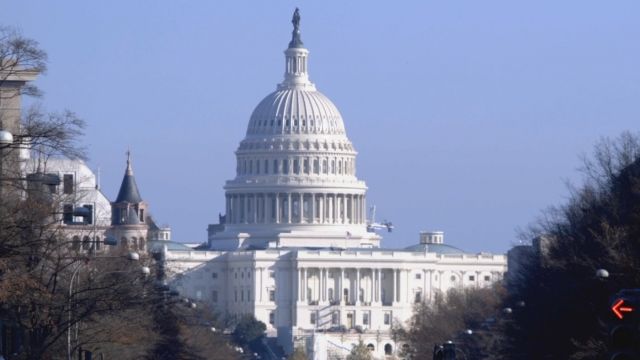 The question if the left can turn months of outrage and marches into tangible results may have an answer.

Reportedly more than 400 Democrats are ready to run in the 2018 midterms. That's more than double the number of Dems around this time before the 2014 midterms.

This is the first sign the left could actually take on President Donald Trump where it really, really matters and where it has power: in Congress. But with that many candidates, there can be a few drawbacks.

First, organizations like the Democratic Congressional Campaign Committee will have to be more judicious in what candidates to support, but with the left seemingly hungry to make a point, fundraising might not be an issue. Based on the amount of money that poured into a Georgia Democrat's campaign in the past few weeks, the party is looking for candidates to back.

And with that many candidates, it may be difficult to keep everyone on the same page. One thing Democrats will need to do is find a consistent resonant message. It seems obvious, but it's not clear what that message is right now other than "We're not Trump."

The midterm of a president's first four years usually gets a flip in majority in at least one chamber of Congress, so a switch wouldn't be unusual. Throw in Trump's historical unpopularity and the anger on the left, and Dems have an opportunity here.

Not to mention there are more than a few GOP-held districts right now that former Secretary of State Hillary Clinton either won or came very close to winning last year.

In the years of President Barack Obama, the left's ability to organize was basically nil, seemingly complacent as it held the White House. But as we saw with the Tea Party in 2010, a lot of anger can go a long way.