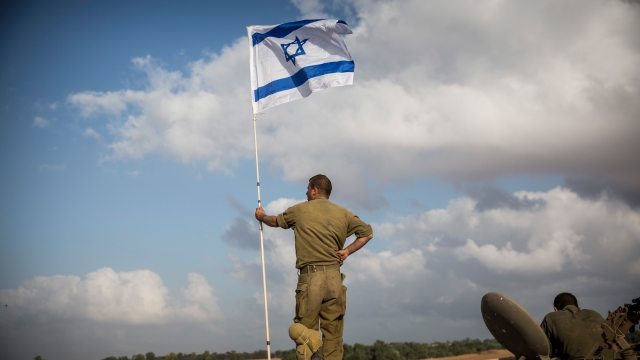 A Human Rights Watch researcher has been denied entry into Israel on both a work visa and a tourist visa.

Omar Shakir of Human Rights Watch has been denied entry into Israel for the second time.

"We find the decision frankly to be shocking. … And we were even more surprised after they indicated that they would backtrack that they would not even allow us into the country, a really unprecedented step," Shakir told Newsy.

But Israel's foreign ministry now says its denial to grant him a tourist visa was an error.

Shakir said Human Rights Watch is "left confounded. It's unclear whether this is an example of gross incompetence or whether there's something else going on," Shakir said.

Human Rights Watch first tried to send Shakir there on a work visa. After it was denied in February, Israel said he'd be allowed entry on a tourist visa. Now that's been denied, too.

Israeli Soldier Gets 18 Months In Extrajudicial Killing Of Palestinian

"The only explanation we've received is the explanation conveyed in both of those letters where they failed to distinguish between our justified criticism of some Israeli policies grounded in international law and human rights and based on the same methodology that we use to document 90 other countries around the world. ... They failed to distinguish between that and political propaganda," Shakir said.

In 1997, Human Rights Watch shared a Nobel Peace Prize for taking part in a campaign to ban landmines.

The group has reported on human rights abuses by both the Israeli government and Palestinian administrations in the West Bank and Gaza.

Other countries that don't allow Human Rights Watch into their borders are Uzbekistan, Sudan, North Korea, Cuba and Venezuela.