Clear Your Schedule: 'Will & Grace' Is Now On Hulu 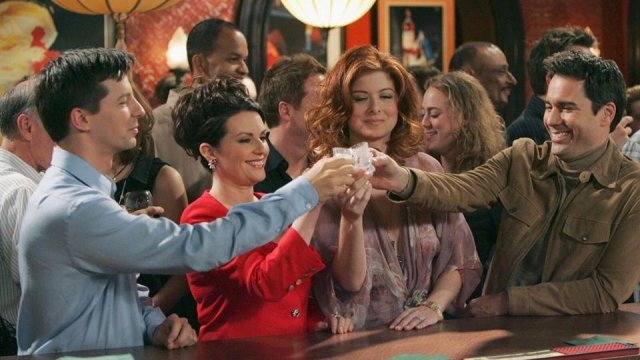 The original series of "Will & Grace" is now available to stream for the first time.

On Sept. 21, Hulu released all eight seasons, which aired from 1998 to 2006. And watching all 194 episodes before the Sept. 28 premiere of the series's revival on NBC is totally doable.

We did the math: With an average of 22 minutes per episode, it would take just over 71 hours — or almost three days — to get all caught up.

While streaming rival Netflix is focusing heavily on original content this year, Hulu acquired the streaming rights to some big shows.

But Hulu's original content isn't too shabby, either. "The Handmaid's Tale" just won eight Emmy awards, including one for outstanding drama series.