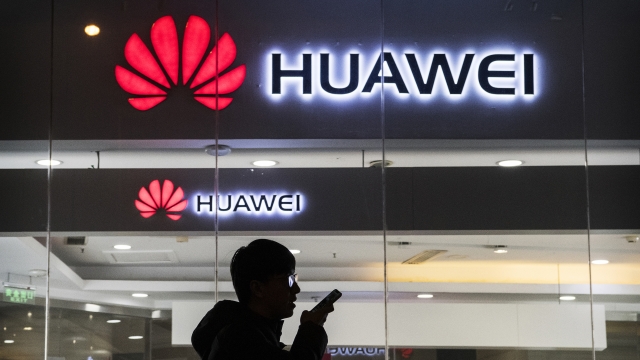 Chinese tech giant Huawei is suing the U.S. government over a ban prohibiting federal agencies from purchasing or using its products.

Huawei filed the lawsuit Wednesday in Texas, where its American headquarters are based.

The U.S.' ban on government agencies or their contractors using Huawei equipment or services is a provision tucked into the National Defense Authorization Act, which President Donald Trump signed into law back in August.

The U.S. has long believed Huawei devices pose a national security threat, and it's even pressured its allies to move away from working with the tech giant.

"The U.S. government has never provided any evidence supporting the accusation that Huawei poses a cyber security threat. ... We are left with no choice but to challenge the law in court," Huawei Rotating Chairman Guo Ping said in a statement.

In its lawsuit, Huawei claims the product ban is unconstitutional, saying it unfairly singles out the company for punishment, that it violates Huawei's right to due process and that it violates the separation of powers between Congress and the other branches of the U.S. government.

In addition to the ban, U.S. prosecutors filed two sets of criminal charges against Huawei back in January. The first alleges Huawei tried to steal trade secrets from T-mobile; the other alleges the company bypassed U.S. sanctions on Iran. Huawei's denied any wrongdoing.