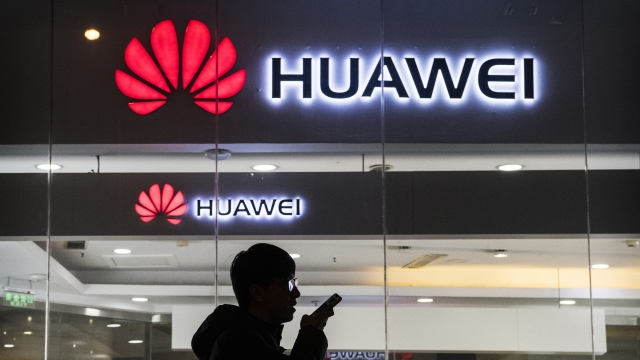 SMS
US Might Not Be Able To Keep Huawei Case Out Of China Trade Talks
By Matt Picht
By Matt Picht
January 31, 2019
The U.S. says its recent actions against Chinese telecom company Huawei shouldn't affect the ongoing trade negotiations. China might beg to differ.
SHOW TRANSCRIPT

A new round of trade talks between the U.S. and China could end up being overshadowed by recent U.S. actions against Chinese telecom giant Huawei.

The Justice Department has indicted Huawei for allegedly stealing trade secrets and trying to thwart U.S. sanctions. The U.S. is also working to extradite Huawei executive Meng Wanzhou from her detention in Canada to face those charges.

The White House says the company's prosecution won't weigh on the trade negotiations, but it's not clear if China will see it that way. Both the trade war and the Huawei indictments reflect increasing coldness from the U.S. about China's businesses.

Yun Sun, the director of the China Program at the Stimson Center, told Newsy: "This is not going to be the end of the U.S.-China confrontation — there is something fundamentally shifting about U.S. perception of China and U.S. policy towards China."

A major U.S. objective in the trade war is curbing China's trade practices — like its heavy government subsidies and its co-opting of technical knowledge from foreign companies that want to do business in China.

So far, China's been unwilling to budge on those issues: It sees the U.S.' demands as part of an effort to undercut the country's whole economic model.

Sun said: "What they are preparing for is a much longer term of competition and confrontation with the United States. At least for the Chinese, what the U.S. is after is not money — the U.S. wants to win this competition."

Negotiators have until March 2 to reach some kind of deal to lessen trade tensions. If an agreement isn't struck before then, President Trump has threatened to raise tariffs on $200 billion worth of imports from China.